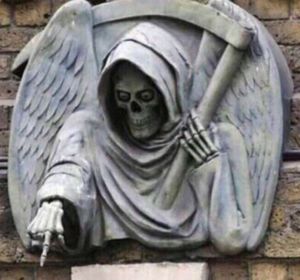 The “Pointing Grim Reaper Statue” meme is an image macro that shows Death personified. The statue wears a hooded cape and holds a scythe in one hand. It points to the lower left of the image with the other.

scythE-shanty is a Reddit user who posted the image to r/dankmemes on May 11th, 2019. It received over 31,000 upvotes that same day. The meme went viral and soon appeared on r/memes, where it received over 29,000 upvotes.

The “Pointing Grim Reaper Statue” is used online to indicate where someone should click underneath the meme. It is often used on Reddit to show where the "upvote" button is. 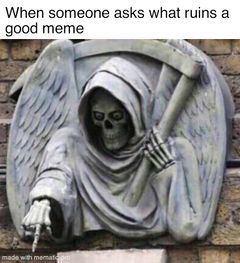 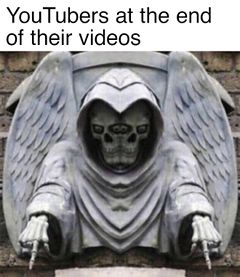 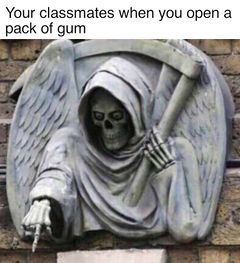 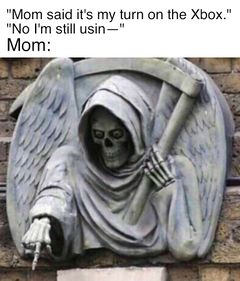