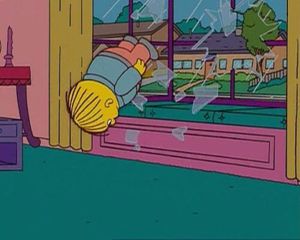 The meme originates from a scene in the Simpsons' episode "The Bart of War" in which the character Ralph dives through a window to give Bart Simpson a note. After diving into the window, Ralph gives the line 'I'm a brick!'.

The scene started being used to reference various different situations and people on June 14th, 2013, when a Tumblr user posted the first two-panel format of the scene. This format included the phrase 'I'm a brick'. Another edit about a year later compared a soccer player to Ralph. For the next couple of years, most uses of the scene were simply single-panel versions that just show Ralph crashing through the window.

The format came back to popularity in March of 2019, when a Reddit user posted an edit that referenced the actor Dwayne Johnson. Since then, the format took off in popularity and has many different edits referencing anything from various forms of media to real-life people.

The meme is typically used to convey that something is so desired that the person being referenced can't help but enthusiastically jump at the opportunity to do it. The format is mostly used to reference video games, the movie industry, and real-life scenarios. 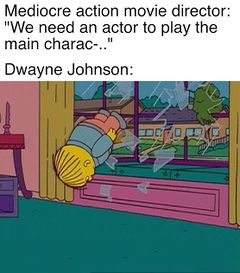 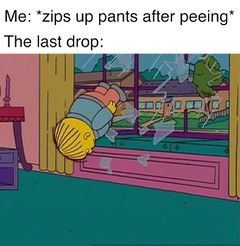 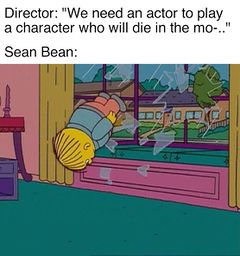 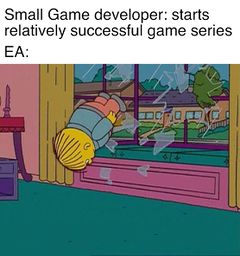