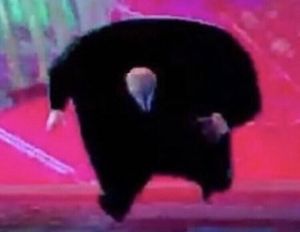 "Spider-Man: Into the Spider-Verse" is a 2018 animated film.

One of the characters is a villain named Kingpin. There is a scene where Kingpin runs toward the camera in pursuit of the main character Miles Morales.

Blurry screencaps of this scene have turned it into a meme.

The meme started as an image macro posted to the photo sharing site Instagram. An anonymous user captioned the screencap "Blow Job" to suggest that Kingpin was running towards oral sex.

On March 25, 2019, the Instagram account meme.reposting posted the image to their own account. The image did not spread that quickly. It was only liked 80 times over 2 months. It was not until the image started appearing on Reddit and additional accounts that it went viral.

The Running Kingpin image is used to illustrate someone who might be running towards something or being chased. It sarcastically indicates that the situation is urgent.

Many examples of the image use situations from the 3D building game Minecraft.

Others describe running away from one's parents when they're mad. 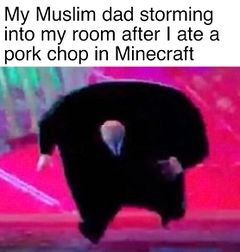 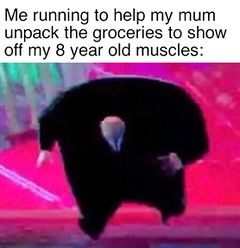 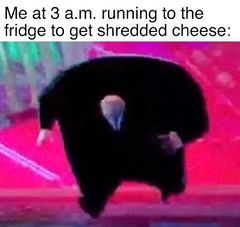 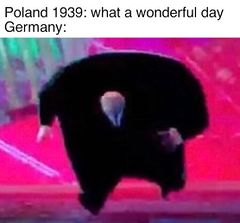