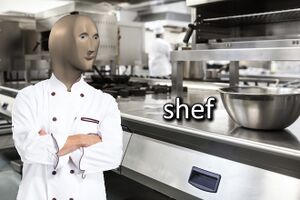 If you spend some time browsing meme forums, you are probably familiar with Meme Man, an anamorphic character that can be deliberately used to turn just about any image into a satirical meme.

This character has been around the memeverse for about three years, and it was off to a strong start in 2020 with “Shef”, an image macro depicting a professional cook in a restaurant kitchen.

Shef made its debut on the third day of the New Year; it appeared on a Reddit board dedicated to new memes, and its original version referred to clever wordplay on cod, a typical ingredient in seafood recipes, and CoD, the shortened term for the popular Call of Duty first-person shooter gaming franchise.

In the space of two days, Shef was turned into a more focused and explicit meme that centers on culinary skills, and this is when it started gaining thousands of popularity points.

It should be noted that Shef is a misspelling of "chef," and this is by design; the idea is to illustrate an absurd situation in the kitchen, and it works.

In essence, when you are clueless about cooking and you magically happen to figure something out, you can call yourself Shef; for example, you learn to make rice without ending up with sticky clumps. 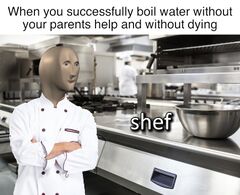 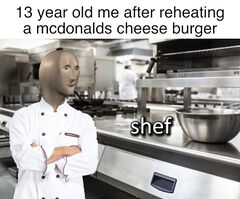 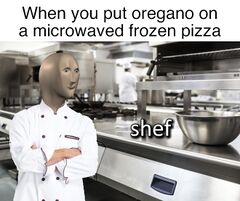 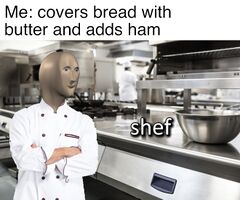