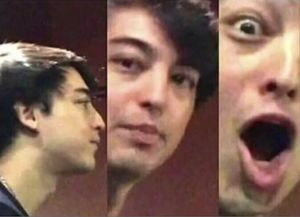 There’s no need to read between the lines when it comes to understanding the “Surprised Joji” meme.

In short, the meme consists of a series of images of Japanese YouTuber turned musician, George Miller. Miller operates under two pseudonyms: Filthy Frank and Joji. Joji is his stage name and what he’s most commonly referred to as.

The image macros begin with Joji’s profile, steadily progressing to a shocked expression. By the third panel, Joji is seen with his mouth ajar and in utter shock.

The Surprised Joji GIF came to life on September 14, 2017, after Tumblr user, thebois, posted it to his platform. Thebois captioned the photo “the first guy who beat his meat must’ve been like.”

While the caption is somewhat crude, it struck a chord with viewers. After two years, the picture received over 7,000 reactions. Reddit quickly jumped on the bandwagon, editing and re-editing the caption to appeal to different audiences.

In essence, the Surprised Joji meme is used to demonstrate shock and awe and is often accompanied by a mind-blowing realization.

However, the image is most often used to express a first-timers response to something. For example, the first person who touched fire, or the first organism that gained sentience. 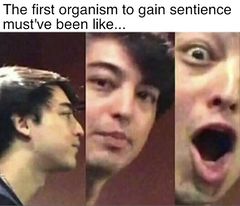 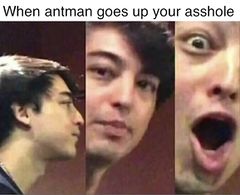 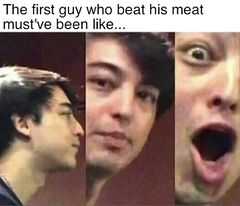 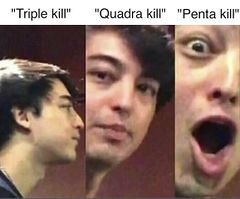