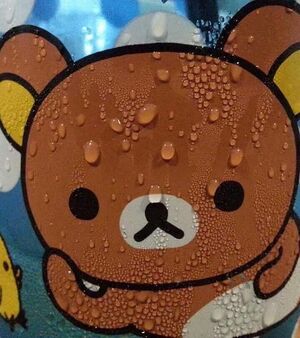 The “Sweating Rilakkuma” meme depicts a fictional bear perspiring heavily. However, the bear isn’t actually sweating. It’s merely an illusion, and condensation is being used in lieu of sweat.

The image is primarily used as a reaction photo and has taken numerous social media platforms by storm, including Twitter, Tumblr, and Reddit.

Oddly enough, no one is certain where the Sweating Rilakkuma meme came from. Though the exact origin of the photo is currently unknown, many have speculated that Twitter is where the image received its claim to fame. RosceMiyamizu, a member of Twitter’s platform, posted the photograph on March 17, 2017.

They used it in response to another post, but it wasn’t until a month later that the image gained considerable attention. On April 6, 2017, exyzeechannel gained over 1,900 retweets when they posted the picture to Twitter in response to seeing a curvaceous police officer. Come July 24, 2017, Know Your Meme made the ultimate power move when they dubbed the photo a “notable reaction.”

Simply put, the image is used when a situation evokes nervousness. For instance, when your girlfriend asks why your phone is vibrating every five minutes.

It’s also commonly used by kids who are misbehaving and have been called out by their parents. For example, when your mom asks where your Nintendo 3DS is while you’re in bed. 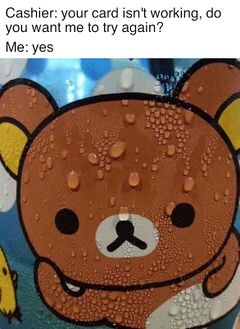 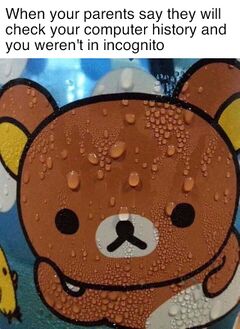 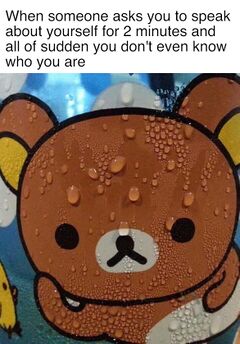 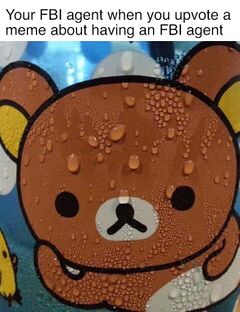