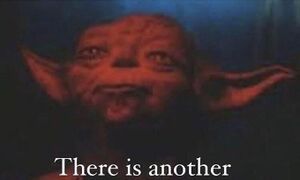 You’ve come to the end of the line. You started this bag of Cheetos full of hope and joy. Now there’s nothing left—or is there? You reach into the bag. Yoda from Star Wars is there for some reason. He stares at you, a look of sage wisdom on his face. “There is Another”, he says. You look in the bag and shed a single tear. There is, indeed, another.

The “There is Another” meme originates from Star Wars: Episode V—The Empire Strikes Back. During the movie, Luke Skywalker leaves the swamp planet of Dagobah to save his friends. The ghost of Ben Kenobi, Luke’s deceased mentor, says to Yoda, “That boy was our last hope.” Yoda responds, “No, there is another,” referring to Princess Leia.

The format itself rose to popularity in late 2019, after Reddit user Pizzaablob posted a meme in the format on r/dankmemes. From there, it continued to spread throughout Reddit and to other corners of the internet.

The meme’s meaning is literal. It is used whenever there is another of a thing, especially when that “other” is unexpected, unwanted, or unusual.

For example, in the original iteration of the format, “there is another” was used to refer to a second Youtube ad playing after the first, an outcome that was both unexpected and unwanted. 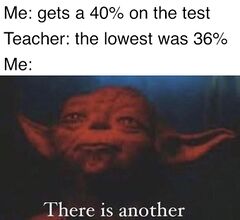 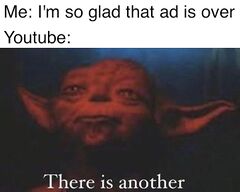 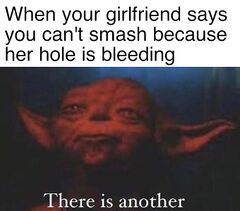 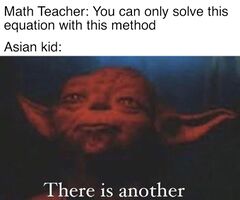