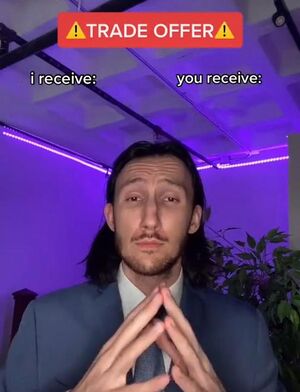 You know a social network has fully come of age when it becomes a meme factory. Such is the case with TikTok, a Chinese video sharing platform that has been around since 2016.

Initially dismissed as a messaging app for teenagers who wanted to show off dance moves, TikTok has grown into a popular and influential social media channel; this is where the “Trade Offer” exploitable originated in 2021, and it appears to be the beginning of a new era of internet memetics.

It all started in November 2020 with a short TikTok video featuring a segment of the NBA Draft complete with its catchy jingle, but the trade proposal in question was made to God, and it involved swapping United States Vice President Kamala Harris for the late President Ronald Reagan, the State of California for the COVID-19 vaccine, and rapper Cardi B for the legendary NBA player Kobe Bryant and his late daughter.

This video was very well received and copied over the holidays, but new videos featuring TikTokers themselves with the NBA Draft Jingle became extremely popular in March 2021. The epitome of Trade Offer came about when the original author returned to the smartphone screen dressed like an NBA team executive and presented another funny trade on March 18; from that point on, a still image of the video was posted to Reddit, where it is now also known as Trade Request.

This meme is pretty telling about the zeitgeist of the last two years. People are yearning for those recent times before the coronavirus pandemic, and they feel as if they have been robbed of certain things and some personalities that were very dear to them. 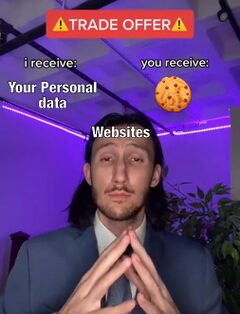 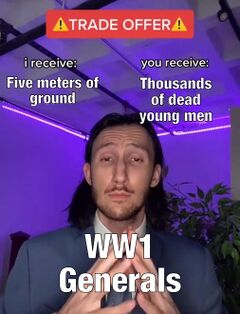 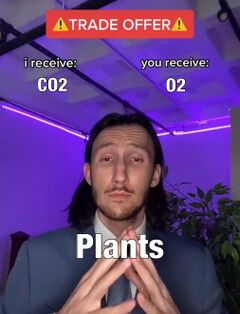 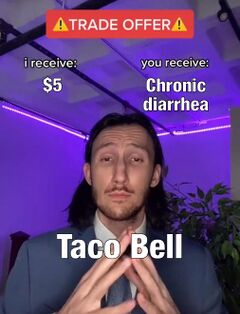