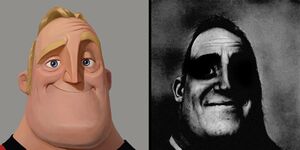 The first quarter of the 21st century will always be remembered by two opposite internet trends: One that involves turning profile photos into cartoons, and another one that makes cartoon images turn disappointingly real.

“Traumatized Mr. Incredible” is a 2021 meme that exemplifies the latter trend, and it is based on what Bob Parr, better known as Mr. Incredible from "The Incredibles" Pixar animated film franchise, would really look like after decades of fighting supervillains.

The original drawing of a dashing and squared-jaw Mr. Incredible comes from the second film in the franchise, which was released in 2018.

Even though the first Mr. Incredible image with a photo-realistic face dates back to the days before the COVID-19 pandemic, the fist exploitable image macro did not go viral until June 2021, when a Reddit forum member posted a reaction to what it feels like to be unpleasantly surprised by certain edible items.

A couple of months later, members of the Reddit anime boards took the image macro and created jokes and observations on their favorite series as well as video games. These reactions proved to be very popular in late September, when they were easily accumulating thousands of positive votes.

This meme is also known as "those who know vs. those who don't know." Its basic meaning is that the more reality you apply to a situation, the less appealing it becomes. This is not always bad because elucidation can also be quite satisfying. 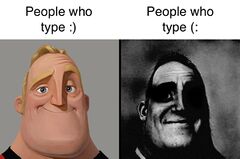 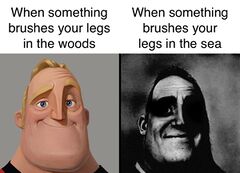 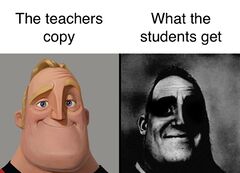 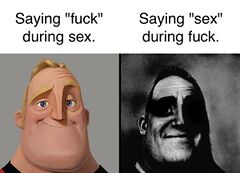