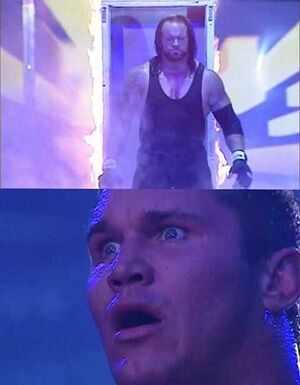 The meme of “Undertaker Entering Arena”, is an image exploit that shows WWE wrestling legend The Undertaker coming out of a flaming coffin, followed by a second image of a bewildered Randy Orton.

The meme is used as an object labeling macro with a caption connected to The Undertaker's arrival in the top half and some responce across Orton's face in the other half.

The source clip for the image would be from Survivor Series, November 27, 2005. The context is that Orton was cheering his recent victory with everyone when suddenly everything changes to set up for The Undertaker's intro. Hooded figures show up in the arena with a casket they upright. Lightning hits the casket, igniting the material right as The Undertaker appears with his iconic glare.

During all of the theatrics, Orton is reacting with his mouth wide open in shock and dread. As The Undertaker shows up, he attacks every wrestler caught in his path to reach Randy Orton and Bob Orton, Randy's father, while the Ortons try to escape the encounter.

The meme goes back some time in 2018. An unknown user on estebanvarillas.blogspot.com published an article about the template's origins on November 27th, 2018.

To put it simply, this image is used to contrast someone with an amazing level of skill with people less adept at the same skill as the first person. 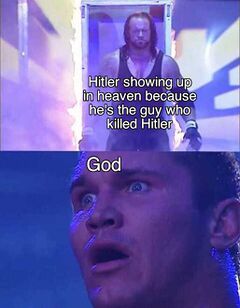 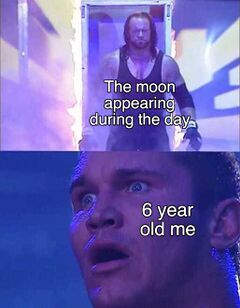 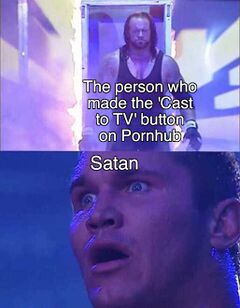 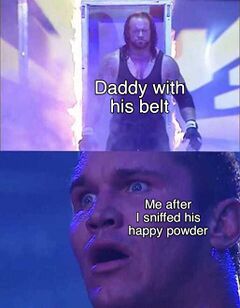