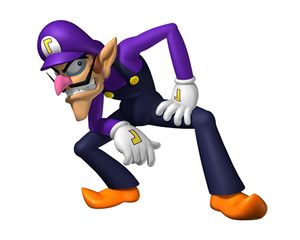 You know him, you love(?) him. His hat’s purple and his legs are long. It’s Waluigi. Accept no substitutes. But beyond the surface-level details, who or what is Waluigi himself? More importantly, why is he a meme?

Waluigi is a character from the Mario video games published by Nintendo. Specifically, his first appearance was in 2000’s Mario Tennis, in which he was a playable character teamed with Wario for doubles matches. Ever since then, he’s appeared in numerous Mario spin off games but none of the mainline Mario titles.

In the same way Wario is an evil double of Mario, Waluigi is an evil double of Luigi. This theming carries over to his design, imitating Luigi being the taller and skinner Mario Brother by being extremely tall and lanky with an upside down L on his hat. His signature color is purple.

The Waluigi meme is rather odd in how it started. Rather than being embraced by the gaming community upon his first appearance, the majority of Mario Tennis players claimed to hate Waluigi, calling him a poor copy of Wario and a useless character.

This hatred, though, was a major factor in Waluigi’s eventual popularity. Constantly portrayed as a foolish, vulgar, underdog villain, Waluigi began to attract attention from those who could relate to his constant need for attention and poor sportsmanship. As a result, Waluigi slowly grew in notoriety, appearing in numerous funny image manipulations and memes, including the dabbing Waluigi joke.

The exact reason for Waluigi’s rise to fame is unclear. While many over the years, including professionals games media outlets like Kotaku and Gamesradar, have stated their dislike for the character, others have been quick to defend him.

It may never be entirely clear as to why Waluigi or the memes made about him gain as much attention as they do, but the answer may come as much from his hatedom as his fandom. According to Charles Martinet, voice of Mario, Luigi, Wario, and Waluigi, the defining personality trait of Waluigi is his self-pity.

Waluigi’s low self-esteem contrasted by his boisterous, vain nature makes the character feel relatable to many. On the opposite side of things, the great deal of hatred the character receives, both in the games and from fans, also serves to make him more sympathetic. In this way, Waluigi speaks to a somewhat juvenile side to many as a down-on-his-luck loser who will never win because he would rather blame others for his shortcomings than face his own faults. 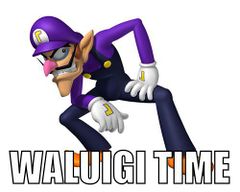 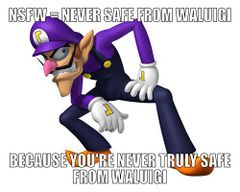 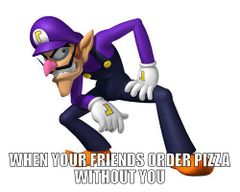 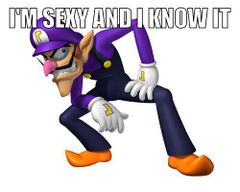