We Are Not the Same 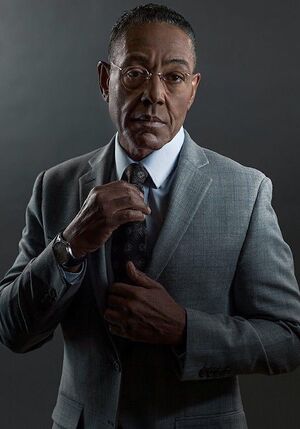 The catchphrase “We Are Not the Same” is a reference people are using to point out comparative differences in mindsets and viewpoints from person to person. For instance, “You pray for a rich man, I pray for riches. We are not the same”. Typically the catchphrase is used when differentiating people’s moral beliefs. It has since developed into a popular internet trend that has been shared and altered numerous times across all platforms of social media.

Meme based on a photo of actor Giancarlo Esposito, known for his role Gustavo Fring in Breaking Bad.

The catchphrase was originally posted to Twitter in August of 2019 and the meme version was created and had gone viral on Facebook and Instagram by September of 2019. Social media users have continued to customize the memes to fit their personal situations or beliefs and users who have that in common are sharing the content vigorously.

The meme and catchphrase, when paired together supportively, basically means we have the same end goal, but we see the road there differently. Ultimately, everyone wants the same results but do not wish to achieve it the same way the person next to them would. 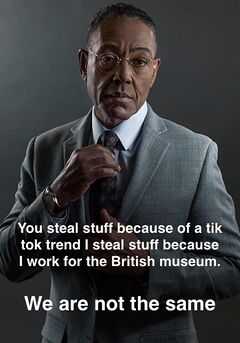 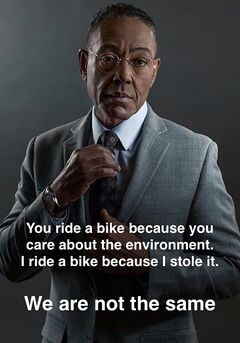 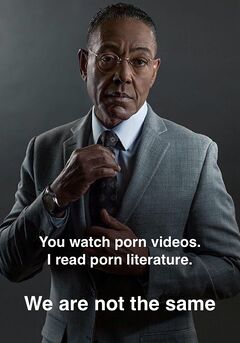 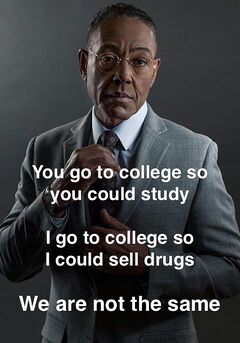