What Pride Flag Is That? 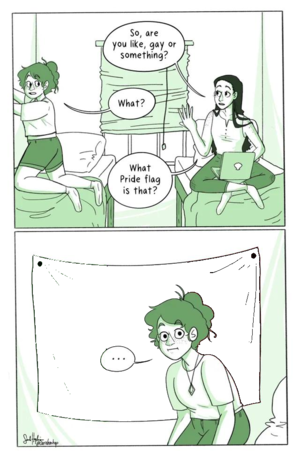 This meme has also been called “So Are You Like Gay or Something?” However, it references a meme that entered mainstream circulation in 2022. Between May and June, online readers began rapidly posting updated versions. Typically, they would update the comic's flag, picking a new one with each post.

After its initial release and positive reception, fans began modifying the original comic. By June 2nd, Riker's Beard posted an updated version, including a Star Trek flag. Afterward, Reddit user GallowJr uploaded one to /r/jerma985 regarding Jerma's Dollhouse Stream. This gained over 2,700 uploads in less than 24 hours.

Although the original cartoonist deleted their upload, anyone can find it on Reddit. After finishing its upload on /r/dankmemes, the cartoon received over 29,000 upvotes in three days. @sarahmhops is the cartoon's initial creator, but it has been removed from her accounts.

The cartoon shows a simple image. At the top, two roommates are decorating their room. One of them asks which pride flag the other has hung on their wall. Upon closer examination, it is an Italian flag, and the woman stares at the reader. The joke is that an Italian flag is not a pride flag, but everyone is obsessed with them. 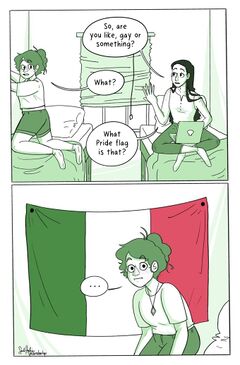 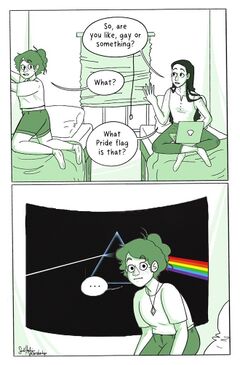 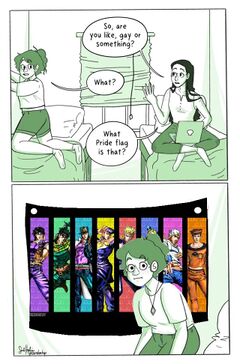 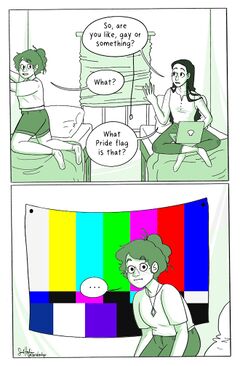