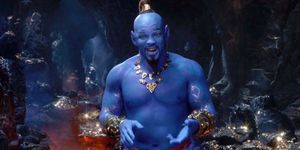 “Will Smith's Genie” is a versatile meme that hit the scene just days ago, on Sunday, February 10. Although many memes have dedicated formats, Will Smith's Genie does not have any popularized, go-to formats.

Aladdin is an in-progress, live-action movie slated to be released on May 24, 2019. A remake of the 1992 movie of the same name, this year's Aladdin will be shot in live-action. As you probably already know, the 1992 Walt Disney Pictures release was completely animated.

Genie, a big, blue genie called upon by Aladdin, has been featured throughout the Aladdin franchise. The character has never had meme potential until now:

Internet users have simply used Will Smith's Genie to poke fun at the character's appearance. Some have likened it to the otherworldly characters of the Avatar franchise for the Aladdin character's similarly blue skin. 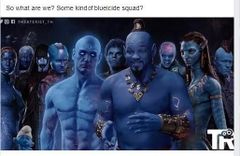