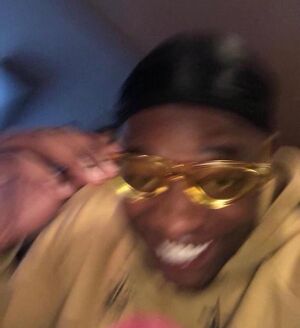 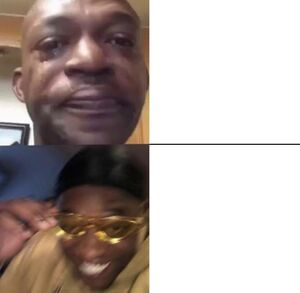 Being able to convey a diversity of emotions is essential in the world of internet culture; for this reason, image reactions are considered to be one of the pillars of meme-making, even more so than image macros.

An image reaction can be static or animated, but it has to be able to project an idea or emotion more accurately than a simple emoticon. In essence, an image reaction is a punchline; it can drive a specific response to an idea, a situation or a conversation.

It is generally accepted that celebrities are the most ideal for image reaction meme-making, and such is the case of “Yellow Glasses Guy”, a blurry photograph of Muyi Fre$co, member of the hip-hop duo SuperSmashBroz.

Yellow Glasses Guy is a meme that can be described as being formed on arrival; it started off in September 2018 as a Twitter update posted by Muyi Fre$co himself, who captured a smiling selfie while sporting eccentric eyewear. In this photo, Muyi Fre$co is laughing at a joke, but it also looks as if he was getting away with something.

Asia Jackson, the Filipino African American star of the television series "Modern Family" can be credited with elevating Muyi Fre$co to meme status a couple of days later when she used the image to describe the reaction of sports apparel giant Nike when it learned that some people where burning tennis shoes as a form of protest.

In this case, a picture is worth more than a thousand words. If you are happy, lucky, or just glad to have gotten away with something, feel free to use Yellow Glasses Guy as a reaction. 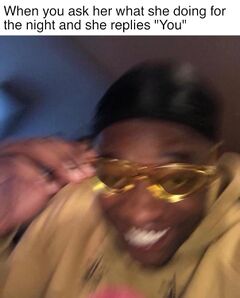 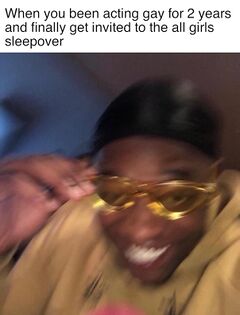 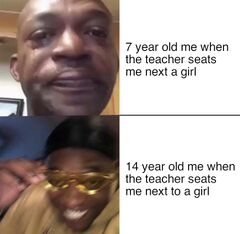 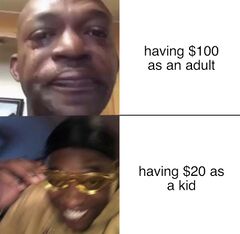