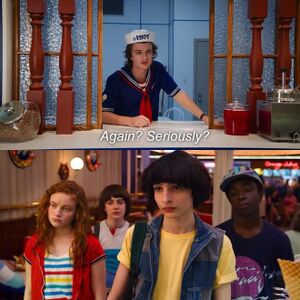 In the age of Prestige Television, particularly as it relates to digital video streaming services, some shows are more prolific than others in terms of being rich sources for new memes.

Such is the case with "Stranger Things," a Netflix suspense and horror series that capitalizes on the ongoing cultural trend of nostalgia for the 1980s, a time of American economic prosperity and supremacy over the Cold War.

“Again? Seriously?” is a two-panel labeling meme that offers one situation, one reaction, and four elements that can be assigned labels.

The third season of "Stranger Things" was released just before summer vacation in 2019; a scene in the first episode of the season featured Steve Harrington, an ice cream shop attendant, being dismayed at seeing four teenagers enter his place of employment at the popular shopping mall.

Harrington's resignation and disbelief at seeing his younger friends, who are known to get into trouble, is met with blank stares because the kids would rather hang out at the mall than having to deal with the scary paranormal stuff that happens in their town.

This meme is perfect to express frustration over things you know you are supposed to control but are simply unable to.

You know you are not supposed to spend so much time and money on anime series and collectibles, yet your bank account is empty empty and you haven't done any work. Again. Seriously. 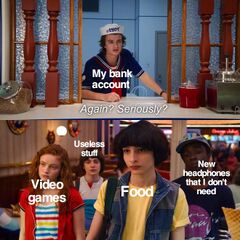 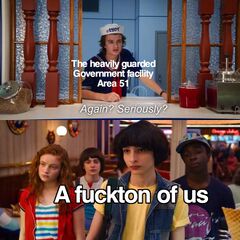 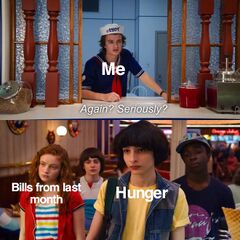 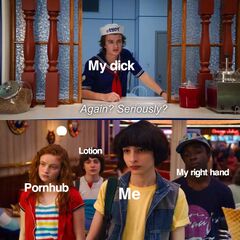