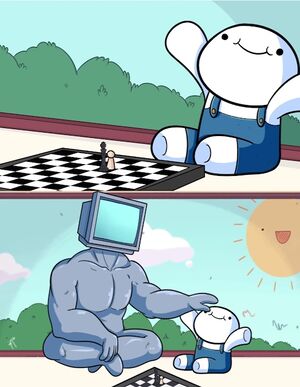 The “Baby Beats Computer at Chess” meme shows a scene of a baby beating a computerized robot at a game of chess. It showcases the computerized robot being willing to let the baby win, however. The scene is found in the video entitled "Tabletop Games" that is found on YouTube. This is an object labeling image in which captions and labels are placed over it, depicting the various meanings of the image.

As mentioned, the YouTube account TheOdd1sOut originally posted the video aforementioned in fall 2019. A scene in the video depicts how in many instances the computerized player always defeats the human in the computer game of chess. The specific scene illustrates the computer allowing the baby to win, showing that this is the only way humans can win against the computer.

The object labeling type of meme did not start until March 7, 2020 through Reddit. It was then shared to subreddit in which over 43,800 upvotes were given to the image. More Reddit users continued sharing their own versions of the object labeling image. It entered many more subreddits with many varieties. 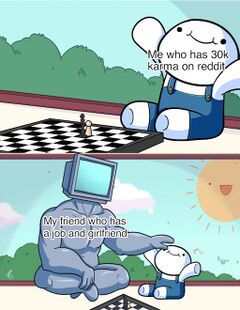 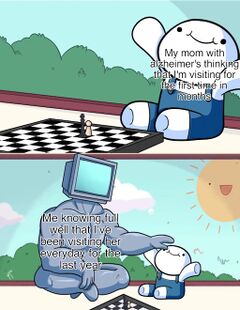 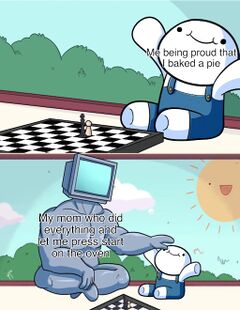 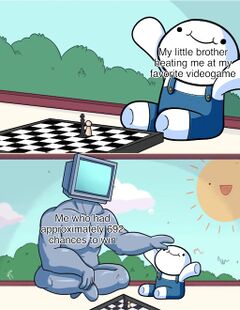