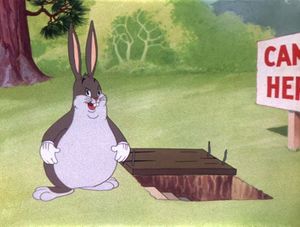 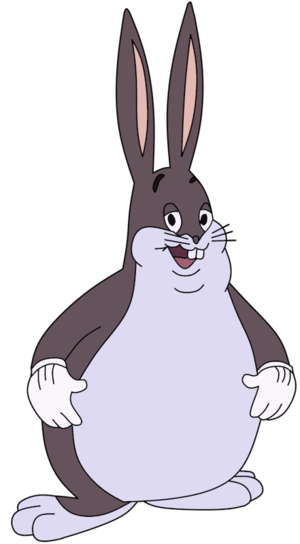 The “Big Chungus” image is based on a screencap of the cartoon character Bugs Bunny, and generally includes the caption "Big Chungus", especially when being presented as a game for the PlayStation 4 console, which the meme often is. Jim Sterling, a video game journalist, coined the word "chungus" several years before the image gained popularity.

The origin of Big Chungus can be broken into three parts:

Allegedly the word "chungus" was coined by the English video game journalist mentioned previously, Jim Sterling, a freelancer who would use it as a kind of catch-all word with no set definition. While no exact date for first usage is known, current estimates point to a time before December 2012.

Whidmark, an Urban Dictionary user, submitted an entry for "Chungus" on December 26th, 2012: a word "meaning anything and everything, including but not limited to a chunky anus".

The original image of an over-sized Bugs Hunny came from "Wabbit Twouble" a Merrie Melodies cartoon that first appeared in 1941, on December 20th. Elmer Fudd's design in the short is much more portly than his iconic one, and Bugs mocks Elmer Fudd by changing to look like him.

On March 20th, 2018, the two were paired together by the Redditor GaryTheTaco, but were not publicly posted until December 1st, 2018, who later claimed authorship of the image in this /r/OutOfTheLoop thread, and provided further proof in the /r/BigChungus subreddit.

Big Chungus, as a meme, has become synonymous with parents who are unaware of current video game trends and try to purchase whatever is the most popular. Several "sequels" to Big Chungus were made by the original creator and posted to the /r/comedyheaven subreddit from December 12th to 17th. 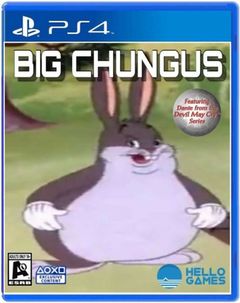 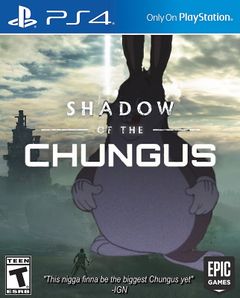 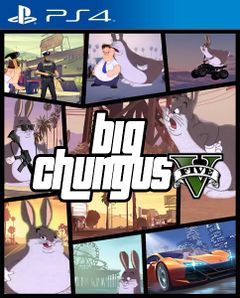