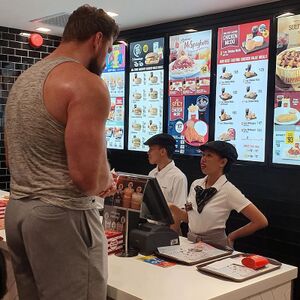 “Big Guy Ordering at McDonald's” is a picture of a large man, identified on Instagram as TheDutchGiant, placing an order in a McDonald's lobby. TheDutchGiant was in the Philippines at the time, which is home to generally smaller people than most countries across the globe.

Nearly two months ago, on July 7, 2019, Instagram's TheDutchGiant, whose real name is Olivier Richters, uploaded a picture of him placing an order in a Philippian McDonald's lobby. Olivier towered over the cashier who took his order by two or more feet. This height difference was likely exaggerated by the fact that most people in the Philippines are shorter than the average person in most countries.

Richters, a bodybuilder, actor, model, and business executive, is listed online as being seven feet, two inches tall. The picture makes it look like the Dutch man is more than two-and-a-half feet, if not a full yard, taller than the cashier.

The current meme format of "Big Guy Ordering at McDonald's" was posted to Reddit's r/SameSpecies on Aug. 21, 2019. The meme then went to r/AbsoluteUnits, garnering nearly 50,000 upvotes.

People who edit this macro title the McDonald's cashier with something that stands in the way of what Olivier Richters is labeled as.

For example, one features Richters with the label of "Me, 5'11"," whereas the cashier is tagged with "5'0" girl explaining why I'm too short for her." 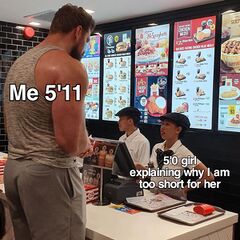 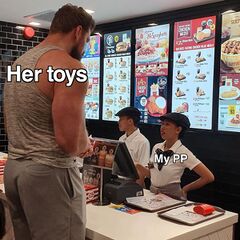 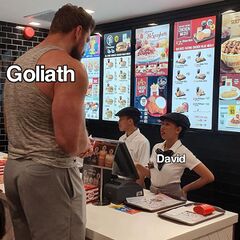 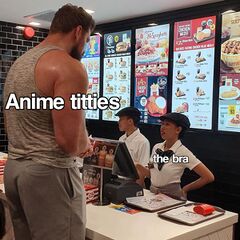