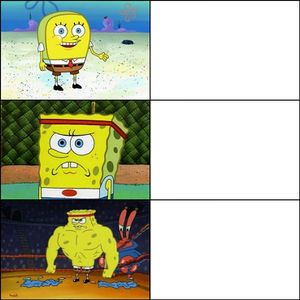 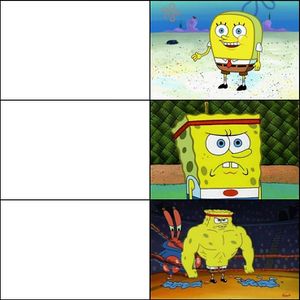 “Increasingly Buff SpongeBob” memes derive from a collection of clips based on the infamous SpongeBob SquarePants animation.

Each clip depicts SpongeBob at various levels of buffness and size. Several of them were created early 2019 that used the clips to mimick someone's attitude or reaction.

At the start of February Trenton Tallywacker released a meme consisting of two SpongeBob SquarePants clips from the episodes "Not Normal"and "The Fry Cook Games". Within 5 days the meme prompted over 45,000 votes in appreciation.

These memes are used to as a humorous attempt to reflect someone who is angry or ready to lose control. The same has been done with video game clips of Mafia City. The quotes are random and interchangeable.

Many have added their own quotes to some of their favorite clips. The general intent is to use the recipient's favorite character to convey a message in a lighthearted manner. 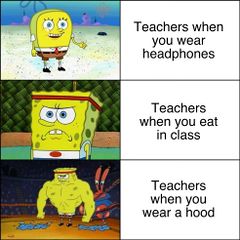 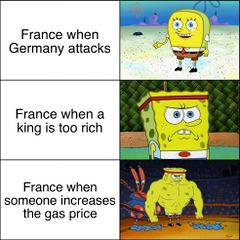 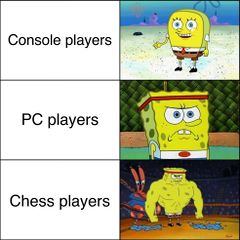