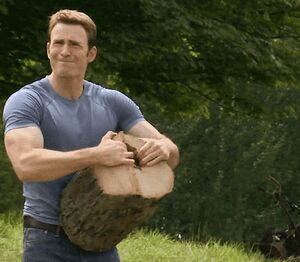 With more than 20 films released by Marvel Studios to tell the story of the Avengers fictional universe, internet users have their hands full in terms of making memes.

With each Avengers sequel, the story gets more dramatic and complicated all the way to "Avengers: Endgame" in 2019. There is no sense in trying to estimate when the flow of Avengers memes will stop because decades may go by before that happens.

Such is the case of "Captain America Chopping Wood," a meme that dates back to the 2015 film "Avengers: Age of Ultron."

There is a scene in "Age of Ultron" that features Steve Rogers (Captain America) and Tony Stark (Iron Man) chopping wood at a country home; they are discussing matters related to Ultron, an artificial intelligence defense robot that believes humanity must be wiped out.

Rogers is not happy about this turn of events because Ultron was originally developed by Stark as a secret military project, and at one point he grabs a log and violently rips it apart with his bare hands to emphasize his state of mind.

In July 2019, a screen cap of the scene was posted to Reddit's History/Memes with three labels that explain the end of World War II in 1945: the United States and the Soviet Union are Steve Rogers' left and right arms, ripping the log of Germany into halves.

This is a convenient image macro and object labeling meme that can be used to describe situations whereby two elements come together to split up a third.

One example would be two siblings whose incorregible behavior ends up breaking up their parents' marriage.

It could also explain what the Kingdom of Saudi Arabia and the United Arab Emirates are looking for in exchange for their disastrous involvement in the Yemen War. 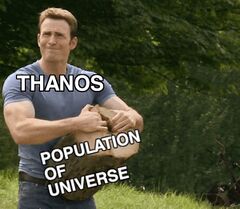 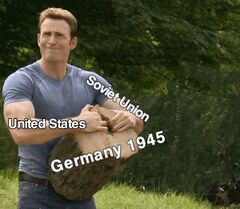 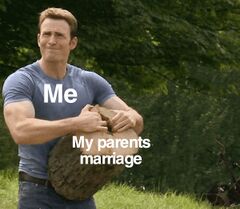 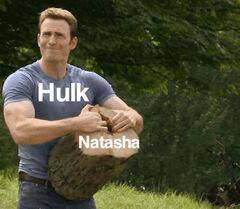