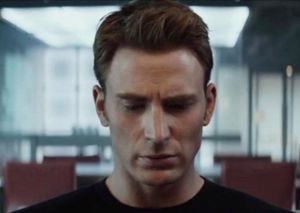 The ending of Avengers: Endgame was polarizing for a lot of people. Steve Rogers’ ending might have been most polarizing of all, though. With Rogers, also known as Captain America, traveling back in time at the end of the movie, some viewers questioned why he didn’t use his knowledge of future events to influence the past.

The format of the “Steve Rogers Going Through History” meme varies, but generally, it depicts a worried or smug-looking Rogers responding to various predictive statements about the future.

The concept for the meme came from Facebook user Jessica Grace on May 18th. This instance depicts Rogers and his wife, Peggy, discussing Steve’s investment in a little startup called Apple-- implying that Rogers abused his knowledge of the future for monetary gain.

Subsequently, the format spread to Reddit, with Rogers responding to statements about everything from Bitcoin to Bill Cosby. Posts in the format continued to gain popularity from there, spreading to various Avengers-themed subreddits and gaining tens of thousands of upvotes in the process.

The format is meant to poke fun at one of the sillier plot holes of Avengers: Endgame. If Steve Rogers lived out the rest of his life from the past to the present, why wouldn’t he use his knowledge of the past to influence it?

The format’s posters believe that he could have prevented a great many tragedies or abused it for personal gain, so why didn’t he? 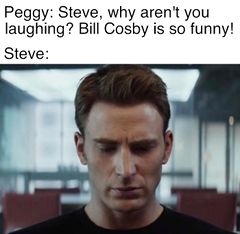 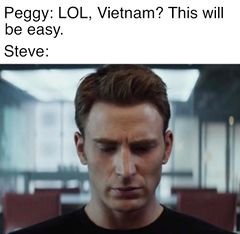 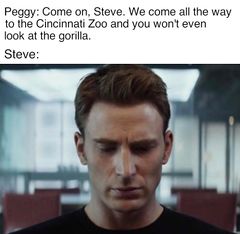 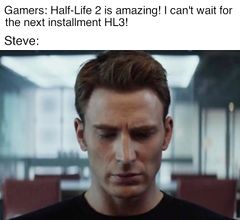