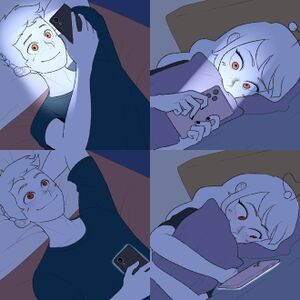 This image “Couple Texting in Bed” or "One of Those Nights" portrays a boy and a girl texting each other in four panels. Each person sits in their respective dark room, lying in bed. It is apparent that the boy and girl are texting each other.

In the first panel, we see a smiling boy watching his phone screen. The second panel illustrates a girl eagerly texting someone who must be the boy. The boy puts his phone down on his chest with a look of sublime satisfaction. The fourth panel is the girl watching her phone lying on the bed as if awaiting a text back from the boy.

The image conveys the excitement and anxious optimism of a budding relationship.

The meme was made popular on social media in 2021. An additional panel including a conversation is sometimes included to narrate the scene. The image was created by Redditor AlexMaestro. It received more than 57,400 upvotes in /r/teenagers over the course of six months.

The four-paneled format of this image allows for users to create a storyboard. By adding their own narrative, people who use the picture can assign unique thoughts and feelings to an almost-neutral but slightly suggestive scene.

Many viewers can relate to the emotions conveyed in the image. Images are sometimes used to convey humor or express feelings about a certain situation. Most memes are funny but some can expose frustrations or other emotions. They usually target a certain audience and gain popularity among sympathetic social media users.

The meaning of this meme is to share a sweet moment many people experience. It can be captioned to serve many usually humorous purposes. The meaning is up for interpretation and can be easily changed. 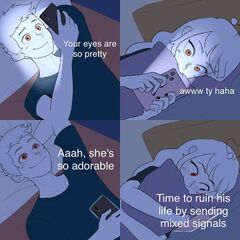 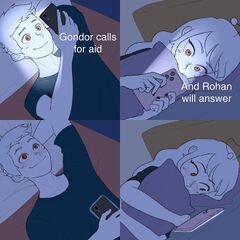 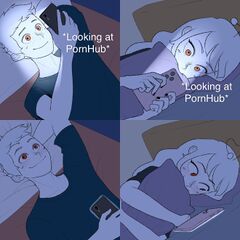 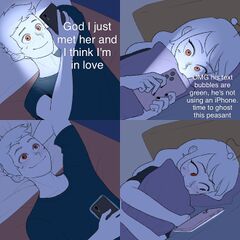