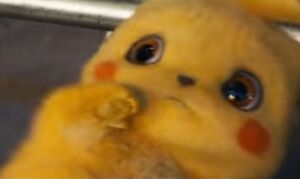 The Cowering Detective Pikachu meme involves a three-dimensional version of Pikachu cowered in fear in the corner of somewhere indoors. Meme makers utilize Pikachu looking scared to poke fun at cultural info that is both potentially scary and not worrisome or otherwise bad in the slightest.

Some also use the meme for the position that Pikachu is in, such as one in which the caption states, "1 year old [sic] me when my mom tries to force feed [sic] me."

Detective Pikachu is one of the most recent iterations of the Pokémon franchise, and comes in the form of a real-world-based movie starring the animated, realistic version of Pikachu.

In one of the movie's trailers, Pikachu was attacked by Charizard, causing him to cower in fear. That's where the image macro for this meme comes from.

This meme is versatile, having been used to make fun of one's self for being intimidated when a girl unexpectedly undresses herself in your room, despite her only coming over to play a video game, or to poke fun at not-so-great, somewhat-scary things. 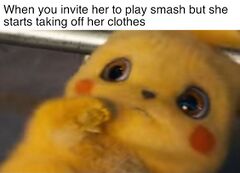 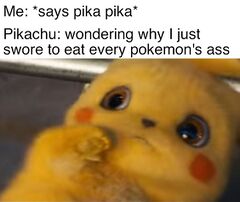 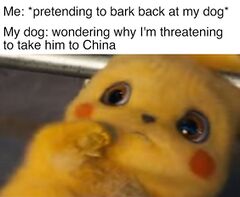 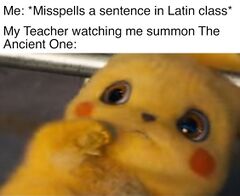