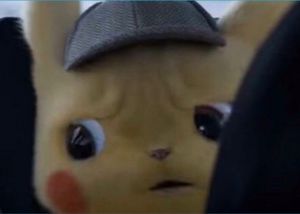 By this point, a lot of folks have seen the trailer for Detective Pikachu. The designs in the movie are unique-- a strange mix of nostalgic charm and uncanny valley eccentricity.

It’s no surprise, then, that the movie has spawned a variety of memes. One of those is the “Unsettled Pikachu” meme, depicting the titular Detective looking somewhere offscreen, clearly concerned about whatever’s going on.

The Unsettled Pikachu meme actually predates the release of the movie and comes from a promotional video posted by Detective Pikachu actor Ryan Reynolds on Youtube. The video depicts Pikachu giving the Pokemon Psyduck a foot massage in order to calm its nerves. While talking to the Psyduck, Pikachu gives the signature concerned expression, afraid that Psyduck might unleash its psychic energy and kill everyone in the car.

After the video was posted, Reddit user MeowMeowImAKitty created the format by posting a screenshot with the caption: “When you notice the quiet kid that sits next to you brought a duffel bag to class.” From there, the format continued to spread on Reddit with different captions, receiving more and more attention with each post.

Alternatively, the format might be used to describe a hypothetical situation where the poster's actions warrant a similar response. 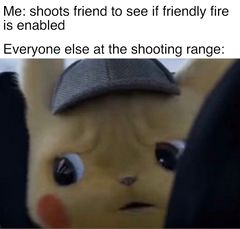 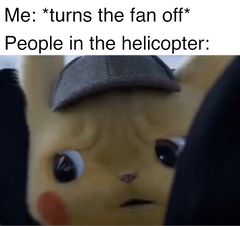 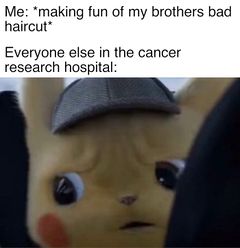 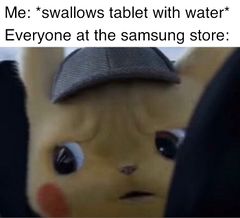