Don't Shoot, I'm a Nazi Too 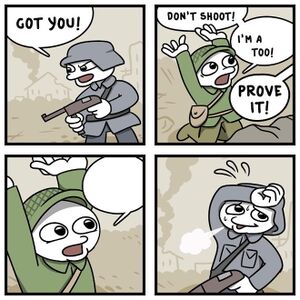 “Don't Shoot, I'm a Nazi Too” is a reaction image originating from a webcomic by artist Stonetoss with a political jab at the world and Neo-Nazism. The StoneToss Website began this meme with a cultural difference that rocked the world.

The StoneToss website image reaction gained popularity with a viral image that spread onto Reddit. This image depicted graphics such as the American flag, a Japanese flag with an image of sushi, and tacos among a Mexican flag. While many saw this image as racist, others took it in as the diversity of America. This popular image grew to Reddit with others making comments on the comic. The comic was wildly critiqued with examples from Reddit and Twitter making their viral impact on the world.

"Don't Shoot, I'm a Nazi Too" is a controversial image with many depictions to be discussed. With a world under scrutiny and paranoia, images such as these have served to serve a social life for everyone around them. Though racism runs amok in the United States, this meme pokes fun at the state of the world. 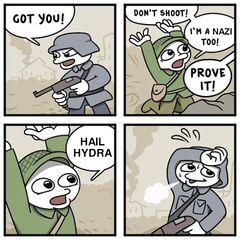 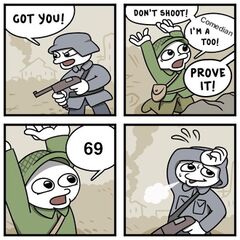 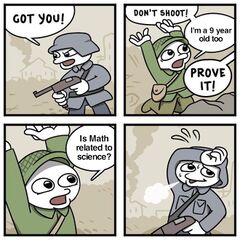 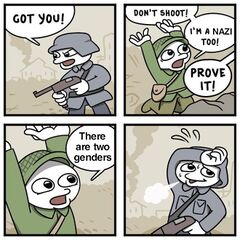