The "Oh Billy, I'm Really Proud of You" meme pokes fun at how the United States Federal Bureau of Investigation (FBI) is thought to hoard information from Internet users of all kinds, whether they've done something wrong or not.

Andre Rojas is a popular, talented, experienced animator and artist from Argentina, where he still lives to this day. Mr. Rojas is known online as SrGrafo. Andre Rojas' username on Reddit is also u/SrGrafo. Reddit users may be familiar with the various comics that he's produced and published to the anonymized content sharing site since the beginning of the year - since January 2019 - as well as hosting contests to see who can create the funniest, most entertaining memes that all use Rojas' comics as a base.

One of Rojas' most recent webcomics, an unfinished work published to r/SrGrafo, Andre Rojas' very own subreddit, known by the title of "Billy's Agent," was posted to the site on June 28, 2019.

It quickly garnered nearly 5,000 points, and shortly after began to be used en masse by other Reddit users.

There are currently two main types of this meme: one of them features the main character, the person wearing the FBI hat who is responsible for doing all of the talking in the four-pane webcomic, who cuts himself off in the middle of complimenting Billy; the other goes completely through with complimenting Billy.

The purpose of this meme is to be humorous. For example, one popular version of this modified webcomic features "Sr Grafo comics" in Google's search bar, to which the FBI-hat-wearing main character tells Billy that he's "really proud of [him]." 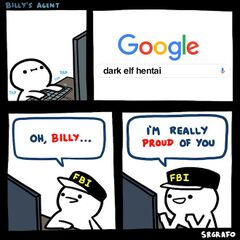 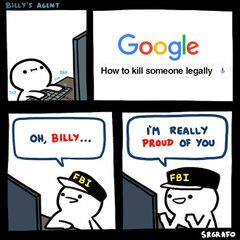 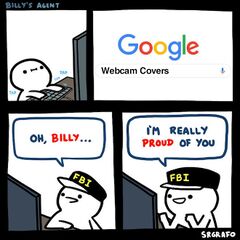