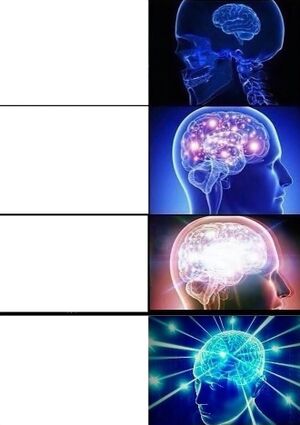 “Expanding Brain” is arguably one of the most popular and broadly used meme formats due to its versatility. It is a multi-panel meme where captions are placed beside images of increasingly powerful brains. It is similar in use to a tier list or Increasingly Buff SpongeBob. It is intended to show the perceived superiority of some things, places, ways of doing things, or even lifestyles. It is often used ironically with the big brain option being something silly and over the top.

It can be anywhere from 2 to 7 or 8 panels. In the longer versions of this meme, the big-brain individual surpasses humanity, appearing as things such as a floating meditating aura and a deity. Because of this, the meme is associated with the galaxy brain concept, which is a term that can be used derisively/sarcistically. Galaxy brains are sometimes drawn as Wojak characters, but not in this meme template. This format typically stays with a scientific and spiritual theme with a blue color scheme.

The Expanding Brain meme is believed to be an off-shoot of discussions surrounding the word whomst. It is a demonstration of increasingly fancier ways to say something (See also: Fancy Winnie The Pooh). The following early example was posted to r/dankmemes by Reddit user jankishimanski on January 31st, 2017. 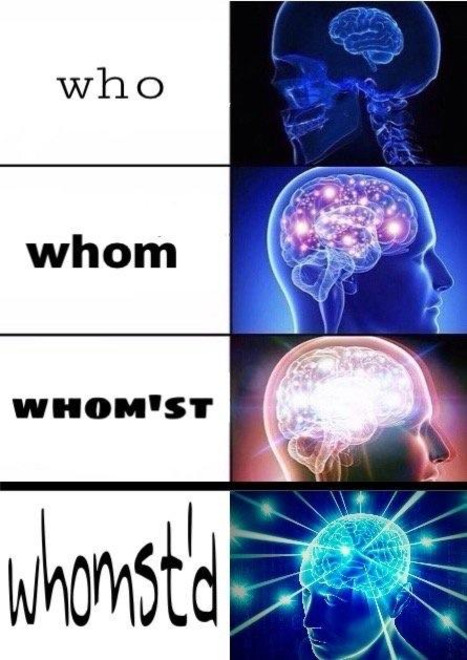 It was not long before other topics got remixed with the Expanding Brain. Reddit, with its many niche boards, facilitated the spread of this meme and its evolution. Within a month, it was recognizable everywhere on the internet. The meme has some mainstream appeal as it has been blogged about and even used in online advertisements.

The meme implies that there are big brain solutions to problems that may escape most people. This could be any problem. The problems and solutions are up to the memer, as are the severity and seriousness. The best solution does not have to produce the best logical outcome, as this can be used for comedic effect.

The template is a good way to express one’s opinions. It can be used to rate things such as video games and TV shows. However, the best Expanding Brain memes are made for irony’s sake and may distort the truth. 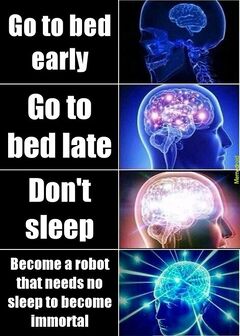 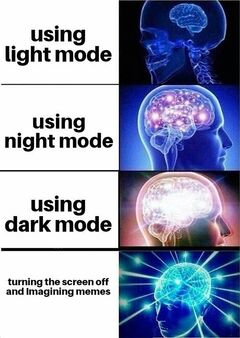 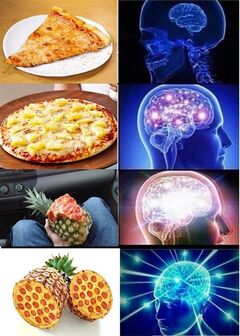 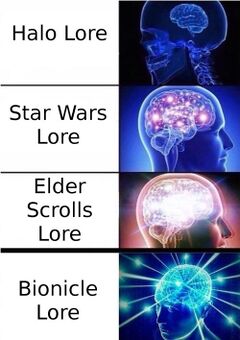