Falling Out of Chair 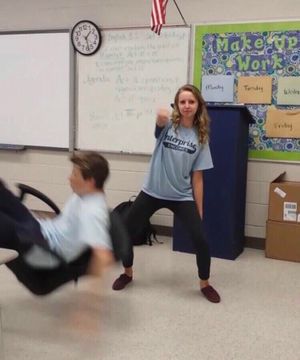 The “Falling Out of Chair” meme features a student dancing with her arm in a driving position, and a second student in the process of crashing to the ground in his broken chair.

The image's humor lies in the complete nonchalance as one student dances while the other is in distress.

StealBear first posted the image February 2, 2019, labeling it, "Mmm tasty template." Receiving over 140 views, users quickly picked up the template and turned it into a meme.

In another example of the meme, the dancing student is labeled as, "Me ghosting my friends for a few weeks," and the falling student reads, "My social life." This implies that ignoring friends has led the creator of that post to losing important social interaction.

While disappearing for a bit might be good for one's mental health, it can get lonely rather quickly. Hence why the dancing student, taking care of herself through avoiding social interaction, gets paired with the falling student, unable to maintain friendships for his need to take care of himself first. 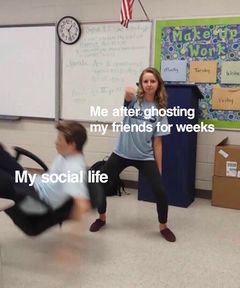 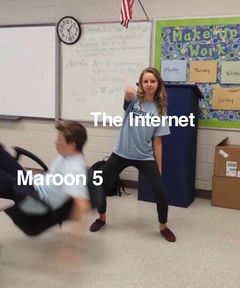 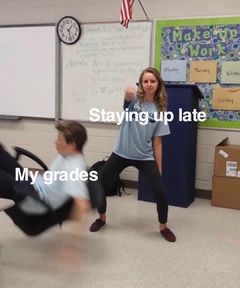 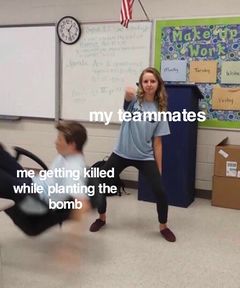