Friends: Repeat After Me 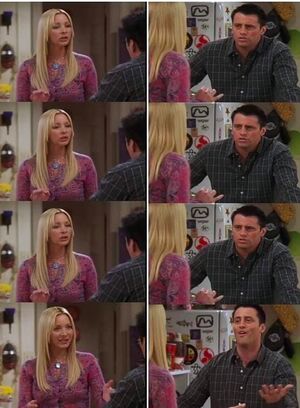 “Friends: Repeat After Me” is a meme template based on a scene from the popular TV sitcom Friends. It is one of many memes focused on the show and its characters. It is based on a scene in which Phoebe is coaching Joey on basic French phrases. In the meme, she is trying to teach him what would appear to most to be a basic concept, but he fails to grasp.

It usually appears as a 4-panel comic but it sometimes has more or less. The images are repeated for comedic effect as Phoebe unsuccessfully attempts to drill the point into Joey’s head. It is sometimes alternatively called Phoebe Teaching Joey.

Friends memes have been popular since at least 2004 in some form or another. In the mid 2010’s the show saw a resurgence in popularity particularly among university students, which contributed to its memetic spread. Around this time, T-shirts and other Friends merchandise could be frequently seen in cities and especially around campuses.

The Repeat After Me meme is taken from a scene from a 2004 Friends episode in which Phoebe attempts to teach Joey French. He has difficulty repeating the phrases, so she attempts to break it down into individual parts. He is able to repeat these speech parts but he is unable to connect them into a coherent sentence.

This template is believed to be based on the image below, which was posted to 9gag in December 2011. However, this template did not become popular until 2020. The original image is just a recreation of the scene’s dialogue. 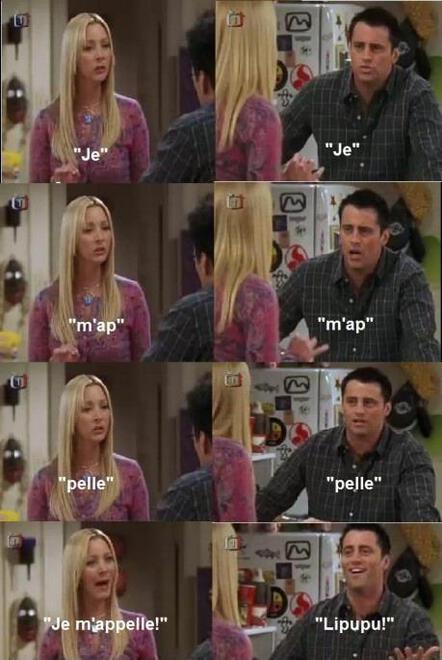 The image laid dormant until 2020 when memes about Coronavirus began to circulate. Phoebe advises Joey to practice proper social distancing and quarantine behavior, which he seems to not comprehend. 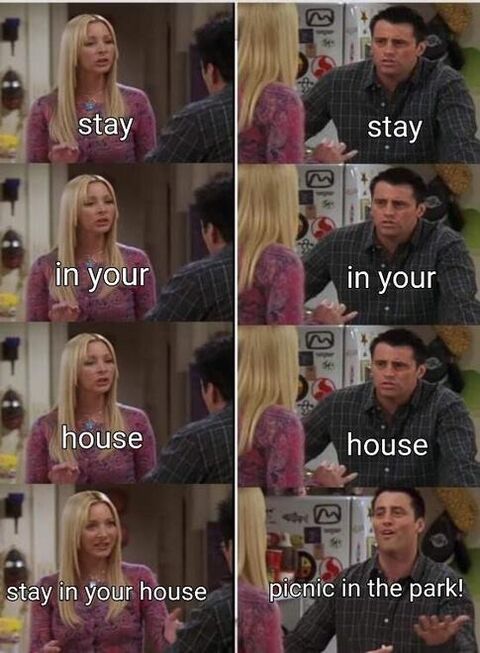 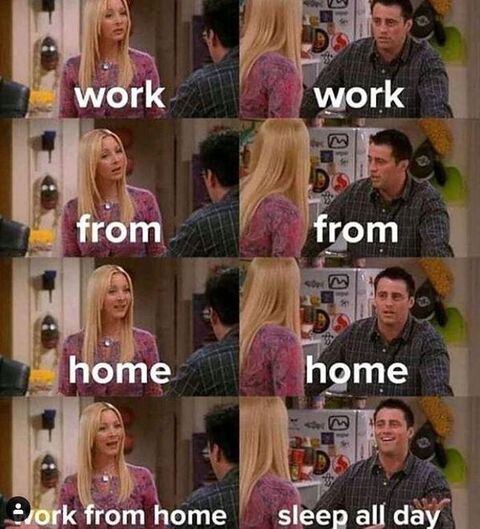 Sometimes, it doesn’t matter how much you explain something. The other party simply refuses to get it. The meme is usually used to express frustration with the public misunderstanding of something, often something that is objectively factual. It can also be used to express political opinions that are unpopular or not well understood by the general population. The conclusion of Phoebe’s logic may be obvious once it is spelled out to the reader, but it seems to escape most people in day-to-day life.

Another common application is to state that you will take one course of action, only to end up taking another. Phoebe’s method is of course the more sensible one. Some memers have taken it even further than this, creating absurdist memes which deviate from the script. Others have used the format in crossovers. 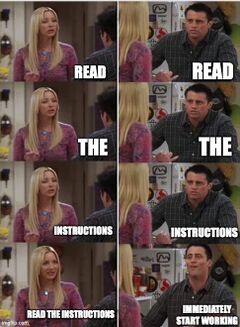 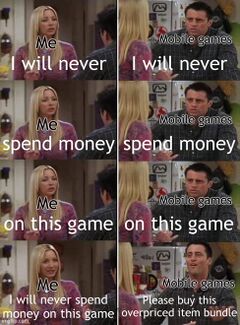 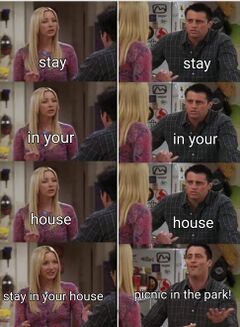 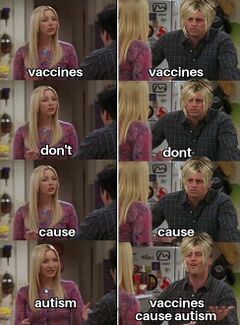