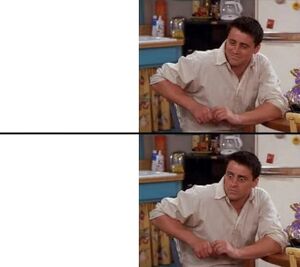 The hit television sitcom "Friends" was produced from 1994 to 2004, and it stands as a shining example of the incredible ability of American producers to read audiences.

"Friends" is still being broadcast under syndication arrangements by many stations around the world, and it is available for streaming from many platforms. The popularity of this show defies explanation; as corny as its storylines may have appeared to many viewers, the undeniable appeal of putting six young comedic actors together in somewhat mundane situations somehow clicked with viewers.

As a source for memes, "Friends" cannot be beat; we are talking about a show that features over-the-top reactions from actors such as Matt LeBlanc, whose facial expression is the focus of this "Surprised Joey" meme.

In the eighth season of "Friends," writers of the show decided that viewers were ready for strong character development, which included Rachel giving birth while keeping the identity of the father secret.

"The One With The Red Sweater" is the second episode of this season, and it is largely about the efforts of Phoebe, Joey and Monica to figure out who the father might be. At the end of the episode, Joey has a sudden realization, and his facial expression of shock was magnificently delivered by Matt LeBlanc.

A single-panel image macro of this scene first circulated on Twitter in June 2016; it later appeared on image boards such as Image Flip and Imgur before being upgraded to a two-panel exploitable meme by Reddit members in mid-August 2019.

When used as a two-panel exploitable, this meme is ideal to comment on any situation that is surprising to the point of being shocking.

The best versions of this meme label Joey as an individual, group or situation before and after the sudden realization. 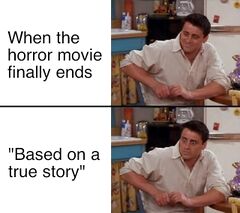 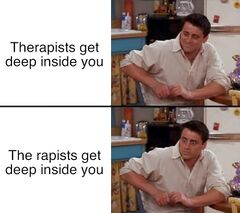 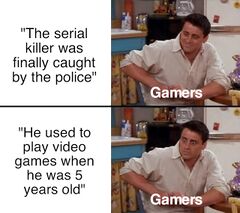 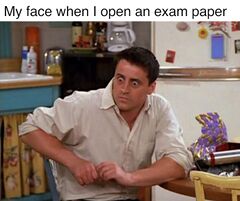