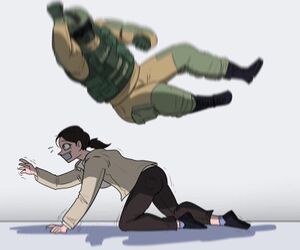 Video games naturally lend themselves as platforms for making memes, particularly when they are competitive online first-person shooters such as Rainbow Six Siege. Even though Rainbow Six is a video game franchise dating back to 1998, the title spawning most memes is the most recent, which was released in 2015.

Rainbow Six is a fictional NATO special operations team dedicated to carrying out counter-terrorism missions that entail high risk. The franchise is based on the 1998 eponymous Tom Clancy novel, which was a very successful bestseller.

The main character of the series is director John Clark, who has been depicted on film by Hollywood actors Willem Dafoe and Liev Schreiber; however, Rainbow Six Siege character Shuhrat Kessikbayev, a Russian Spetsnaz commando nicknamed Fuze, is one of the few who have appeared in a meme.

For some reason, Fuze is a character that many online players choose to turn rogue. In a hostage rescue operation, for example, Fuze is often selected to do something crazy like shooting a hostage, killing a Rainbow Six member in a crossfire situation, or failing to safely detonate an explosive.

Frustrations over Fuze fouling a mission have been vented on Reddit forums since about 2016; nonetheless, the specific "Fuze Elbow Dropping a Hostage" image macro meme did not appear until about June 2019, also on Reddit.

Basically, this meme is used to illustrate a situation when someone's recklessness or foolishness have gotten the upper hand.

If you ever feel obliterated by a ridiculous situation, such as getting nothing but pornographic search results when trying to download your favorite anime series, you know what a hostage feels like when Fuze lands on top of her with an obliterating elbow drop. 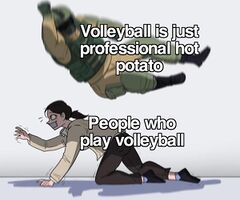 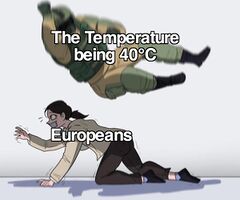 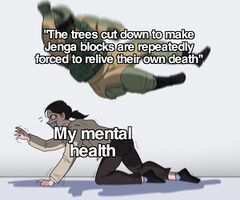 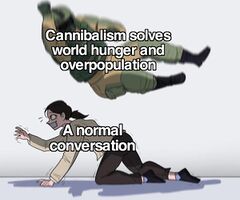