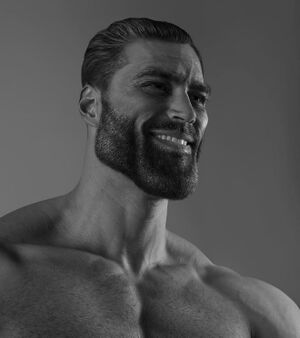 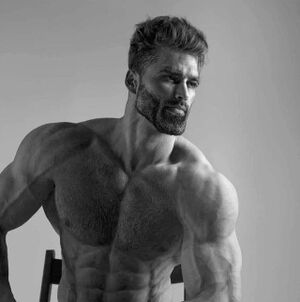 “Giga Chad” or “Gigachad” refers to a character that is the ultimate Chad. He is usually represented by the male models featured in art project Sleek’N’Tears (YouTube, Instagram), which is the brainchild of Russian photographer Krista Sudmalis. The artwork features a lot of burly and scantily clad men and has an emphasis on muscle, fitness, and acrobatics. The most famous and widely used of these men is the model Ernest Khalimov who uses Instagram under the name berlin.1969. His image appears in a number of spin-off memes and has become synonymous with Chad.

Ernest is sometimes put side by side with YouTube comedian ItzMeFraz (YouTube, Instagram), who represents the Virgin in a new Virgin vs Chad meme. He plays the role of an angry chav who is beta compared to the cool and smiling Ernest. This comparison forms the basis of a large group of Average Fan vs Average Enjoyer memes.

He is also often used with the song “Can You Feel My Heart” by Bring Me The Horizon. So much so that the song playing over a picture or a headline could be a sign of approval, as if to say what occurred was a Chad move.

The Sleek’N’Tears project has been going on since at least 2015, but it did not achieve meme status until 2017.

There are people who don’t believe the Gigachad’s appearance is real. Aside from online photos, very little media of Khalimov himself exists. He is not even heavily featured in his own art project even though he has become its figurehead. There is no live footage of Khalimov in action, though there are Instagram photos which reveal moments of his personal life, including the fact that he has brothers. Internet users claim that the photos are doctored. 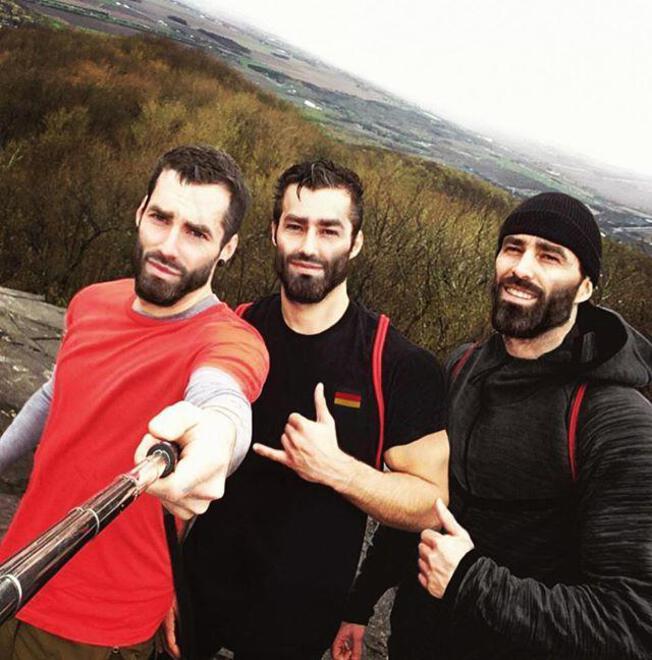 The Giga Chad meme is claimed and embraced by 4chan, though its origins are clearly not with that platform. However, much of the spread of the meme can be given to 4chan users, who may possibly be given credit for calling out the resemblance between Khalimov and the Chad Thundercock character.

Ernest claims to be a virgin, waiting to be with the right person in a stable relationship. This has spawned the theory that he is even more powerful than previously imagined, since it is possible for virgins to become wizards according to male lore. This would be ironic considering the connection between his internet fame and the greater manosphere and lookism universes. Others continue to insist that the whole thing is a hoax.

Remixes with Fraz became popular in 2021 and were enjoyed and passed along heavily through YouTube.

Ernest seems to have owned the meme status. He and his coworkers are now proudly using the term Giga Chad on their social media. It appears that they are currently marketing a series of NFTs based on the meme. Prior to this, however, he was hard to get a hold of. He had refused to make any connection with his meme status until 2021. He generally lives a reclusive life.

The Giga Chad is the ultimate Chad. He and his opinions are those of the sigma male, which is higher than the alpha in the hierarchy of male lore. His opponents and inferiors are beta, bluepilled, mad and trolled. The previous standard of Chad Thundercock has been surpassed.

Virgin and Chad memes are satirical and use hyperbole. As such, users have taken to manipulating images of Ernest Khalimov to make his appearance even more distinct or to turn him into a completely alien creature. 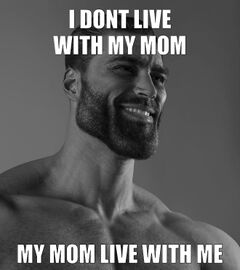 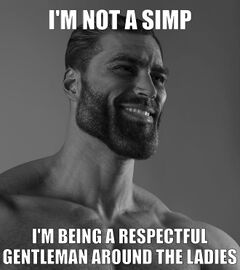 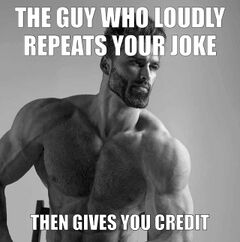 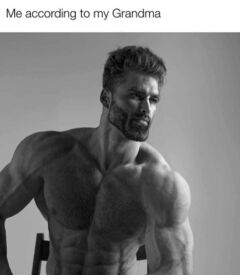