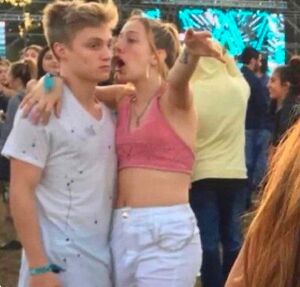 “Girl Explaining” comes with names; Bro girl or Girl Explaining to Guy. The photo features an Argentinian woman, Denise 'Dinu' Sanchez. It was taken in 2019, according to knowyourmeme.com. The girl appears to be shouting at the boy, who does not seem to pay much attention. The Girl has one hand wrapped around the boy and gestures in the camera's direction.

This photo first appeared on Twitter on February 4th, 2019. It was first posted on Twitter by a user, @LejosEnBerlin. He later deleted the tweet. According to Denise, the original photo was of a group of people in front of her and her ex-boyfriend.

Unlike the man shouting at a girl, the roles are opposite this time. Denise said another girl had taken the photo; coincidentally, Denise and her ex-boyfriend were in the background.

Denise was not the focus until someone cropped it. Denise confirmed that she was not yelling or shouting but singing along to the band on the stage at the time. The photo circulated in Argentina but recently received widespread attention on the internet. MemesNutrition posted the photo in a memetic context captioning the Girl shouting at the boy not to use quick nutritional fixes. 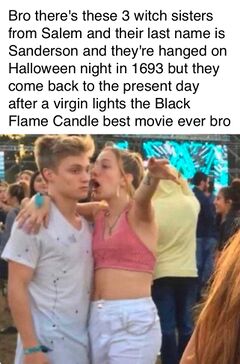 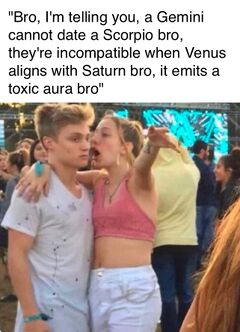 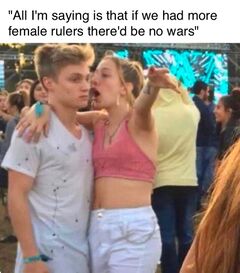 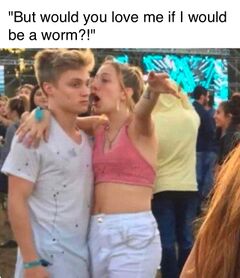