How Are You Not Dead? 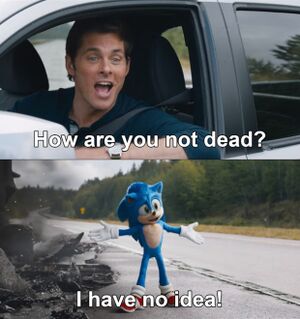 “How Are You Not Dead?” is a meme that comes from “Sonic the Hedgehog,” a film that debuted in 2020. This one-liner was included in the trailer and was said by Tom Wachowski, one of the movie’s main characters.

Wachowski directed the question to Sonic when he managed to stay alive after a series of perilous undertakings. Sonic, who is also baffled by his ability to evade death, states that he’s not sure how he’s not dead.

On Nov. 12, 2019, the “Sonic The Hedgehog” trailer premiered. Within two days, the trailer amassed over 12 million views.

With that said, it didn’t take long for the scene between Wachowski and Sonic to hit social media. On the same day that the trailer was released, a Redditor named sim0n2 posted the scene, gaining over 37,000 upvotes in 24 hours.

The meme is used in response to seeing someone perform superhuman capabilities. For example, when you witness someone consume 12 energy drinks or survive a stabbing. 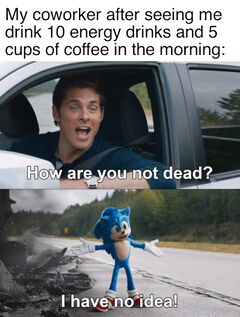 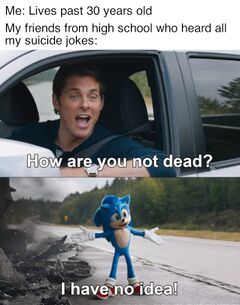 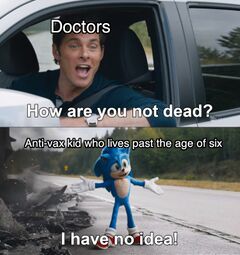 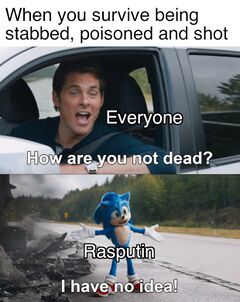