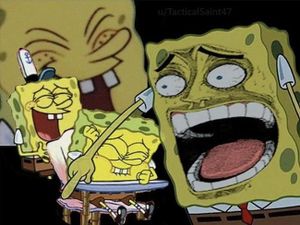 In 2019, the televised cartoon series “SpongeBob SquarePants” celebrated its 20th anniversary, and people around the world reflected on the profound cultural impact that this silly show for children has created since its debut in the late 20th century.

"SpongeBob SquarePants" has inspired countless memes; surprisingly, however, Laughing SpongeBob did not come about until 2019. In essence, this is an image macro meme used for mocking or sardonic effect, particularly when the underlying situation involves hypocrisy.

As with many other SpongeBob memes, this one originated on Reddit for the purpose of making acerbic fun of topics such as depression and sexual misconduct.

The final week of May 2019 featured at least three of these Laughing SpongeBob memes, and the themes were all related to hypocritical reactions to controversial social issues.

SpongeBob is a gregarious and overly optimistic character who really enjoys laughing; Google searches for images featuring the sea sponge bursting at the seams with laughter date back to 2004.

On his show, SpongeBob will sometimes laugh for the wrong reasons, and this is at the heart of the Laughing SpongeBob meme. Let's say a group of women are seriously discussing the unfortunate reality of being treated as sex objects; should a man describe a situation during which he felt accosted by women based on his sex appeal, the discussion will likely turn to laughter.

In essence, Laughing SpongeBob makes fun of how helpless we are when giving into double standards, and how we inappropriately laugh when we are not supposed to. 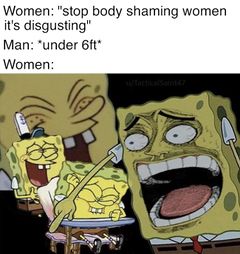 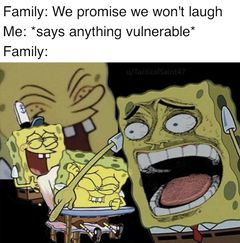 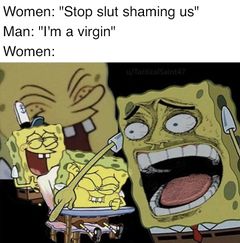 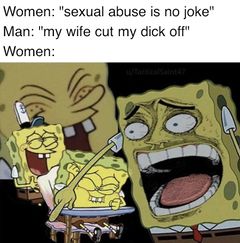