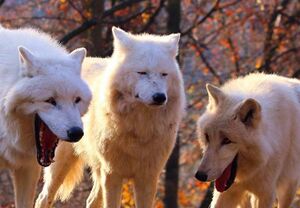 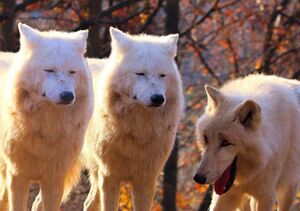 “Laughing Wolves” is a meme that deserves a place in your folder "For Important Conversations." It is a picture of three wolves, where one seems to have an annoyed "poker" face, and the other two are giggling.

Its primary goal is object labeling and can be compared with the picture of Ryan Reynolds between Hugh Jackman and Jake Gyllenhaal.

The history of this masterpiece goes back to 2019. It was April the 15th, when the Deviant Art user was kind enough to share the yawning wolves' picture on his page. His name was woxys. Did he know that the "Global Yawning" characters will become famous later on? Unfortunately, the answer remains unknown to this day.

Later year, when the pandemic of 2020 locked people in the Internet webs tighter, the entertainment pages needed a new hero. A great guy behy20, improved the image, and posted it on July 5th on his Reddit. The edited meme caused a sensation, and on the same day, it scored 70 points (94% upvotes).

Having a feeling that you are Charlie the Unicorn, surrounded by the pink and purple troublemakers. Being Ryan, who got pranked by Hugh and Jake. Sensing that you are Gerald of Rivia followed by twin Jaskiers. 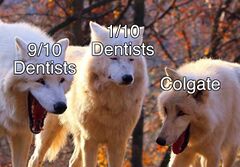 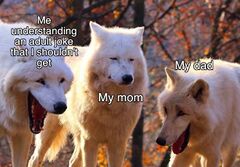 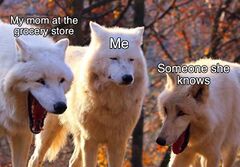 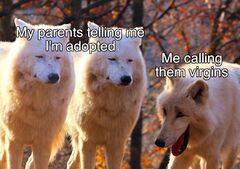