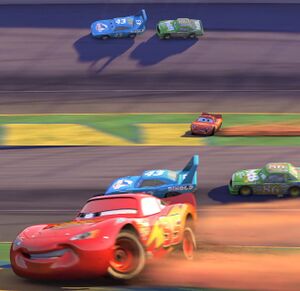 The Pixar animated film studio has been a fertile breeding ground for memes thanks to the highly expressive films it produces. It is not surprising to learn that image macros from the Pixar film "Cars," which is a blockbuster dating back to 2006, are still being made today, and they are just as effective as you would imagine to be.

Lightning McQueen is the anthropomorphic star of the "Cars" franchise; he is an American muscle car that can be described as a cross between a classic Corvette and Fort GT, and he is a pure racing machine. McQueen may not be the fastest car on the track, but he can over-steer, drift, power slide, and do all kinds of other racing tricks in order to win.

The scene is from the first film in the franchise; it comes from the final race, and it has been on YouTube for more than a decade.

The first set of images were made into a historic meme portraying Italy's disastrous World War II involvement as an Axis power under Benito Mussolini, but a new set of expanded images portrayed McQueen taking the lead with a drifting move as the Microsoft-owned video game Minecraft. These image macros were posted on Reddit forums in September 2019, and they gained moderate popularity.

This meme works better when McQueen passes the competing cars even though the achievement is either ambiguous or nonsensical. A good example is the presidential candidacy of rapper Kanye West in 2020 compared to the more dubious Deez Nuts candidate, who ended up polling 9% in North Carolina during the 2016 election. 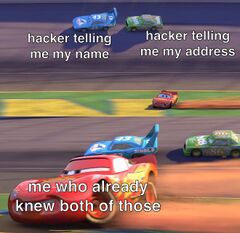 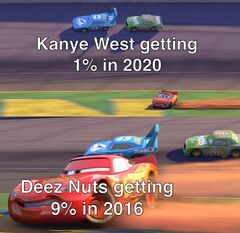 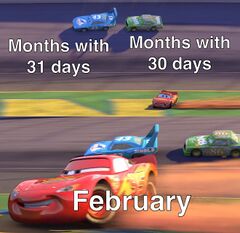 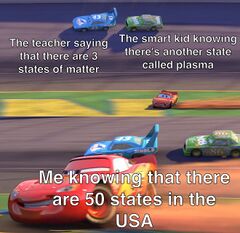