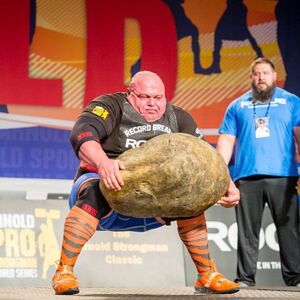 The “Man Lifting Giant Stone” is a series of memes and Photoshop images based on a photo of a burly man squatting with his head scrunched down on his shoulders and his face turning bright red as he lifts a massive stone.

Another man in a blue shirt is watching in the background.

The original photo was taken at the 2018 Arnold Strongman Classic, and shows Bulgarian weightlifter Dimitar Savatinov in the process of lifting a 410-pound (186-kg) stone. Savatinov did not successfully complete the lift.

Savatinov's red-faced, straining look attracted Photoshop editors, who changed the photo to put him in different situations or make it look as if he were lifting other objects.

Sometimes it's also used for humorous understatement: the stone is used to represent something easy, which Savatinov nevertheless finds nearly impossible to accomplish. 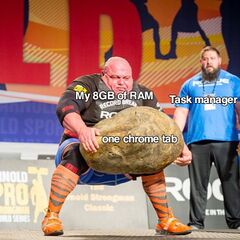 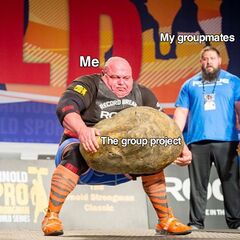 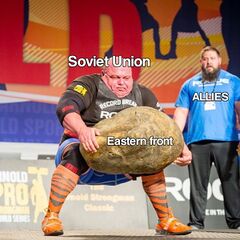 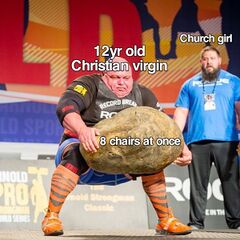