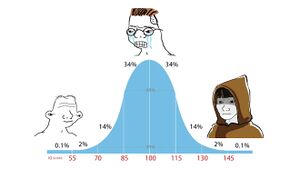 “Midwit” is a series of memes based on the intelligence distribution bell curve. Those who are on the extreme ends of the spectrum are shown in agreement over something while those in the middle, who are called midwits, typically express the mainstream opinion. It can be used to illustrate a point about nearly anything from music tastes to politics. The midwit concept has been compared to horseshoe theory.

The base template consists of a bell curve graph which is typically broken into three groups, each usually shown with a wojak or other illustration of the characters which typify that range of IQ. The takes of each of these groups can be written in different fonts to further drive the point.

The term “Midwit” has been in use on 4chan and other online spaces since around 2013. It is believed to be an adaptation of the “mid-witted” descriptor used by right wing author and activist Vox Day in his 2012 article “the tragedy of the mid-witted”. The meme does not refer to the exact phenomenon that Day is describing, but the term applies either way. 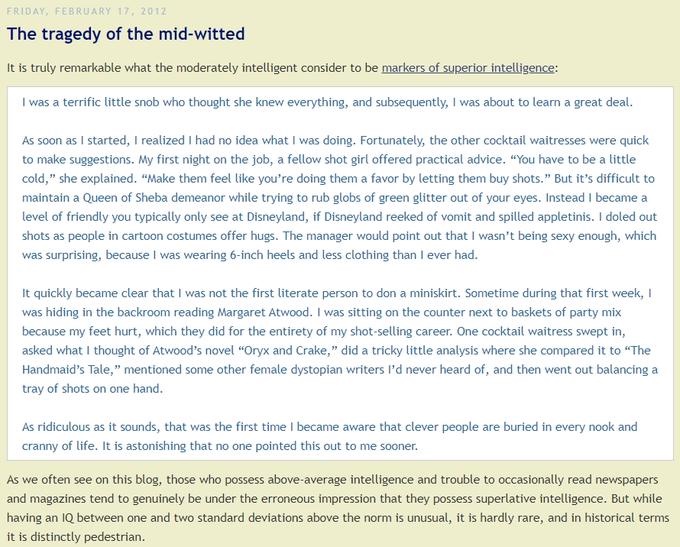 On January 1, 2017, the first “Midwit” meme appeared on 4chan, but it did not feature the Wojak characters that are usually associated with this format. It takes the position that normies of average intelligence are typically Democrats while those on the far ends of the IQ distribution are typically Republicans. 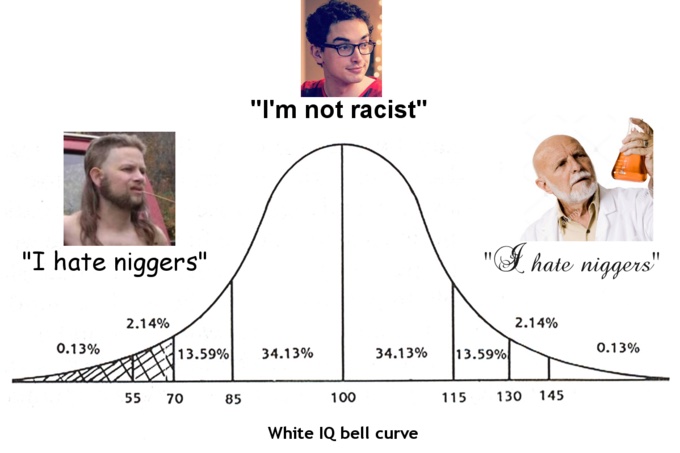 It was not until December 2018 that the meme would reappear on 4chan’s pol (politics) board. A user described midwits as those who use the defensive phrase “I’m not racist” while those on the far ends of the scale enjoy hurling racial slurs. This created the convention of expressing the opinions of the different intelligence classes through different fonts. Another user added the images of a redneck, a soyboy, and a scientist as the representatives of the three IQ ranges. This set the precedent for characters to be placed above the bell curve chart. 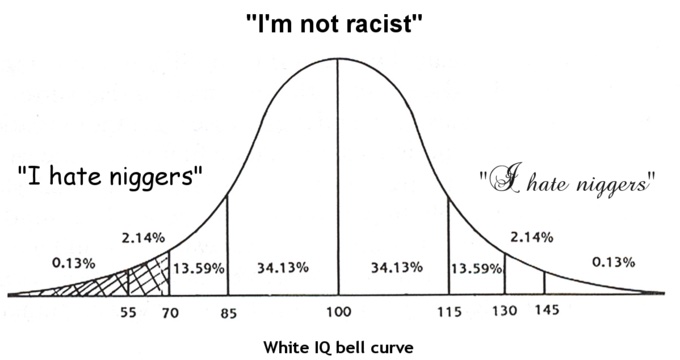 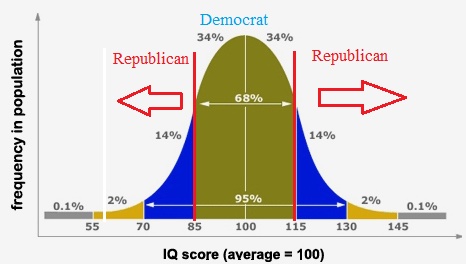 The meme has been gaining steady popularity since 2018. It has seen significant use on Facebook and Instagram where it seems to keep coming back. According to search records, the midwit meme reached the peak of its popularity in December of 2021. It seems to come in and out of use but becomes steadily more and more widespread with each wave of posts. The surges of posts often coincide with current events such as the ongoing COVID-19 vaccine controversy.

The midwit meme is unique because it illustrates how a person can be drawn to something for good or bad reasons. It can therefore be applied to both sides of an issue, since some people will have arrived there through better reasoning than others. For example, there are smart and dumb people who are drawn to both atheism and religion. There are intelligent and stupid people within both the Republican and Democrat parties. The midwit meme can stand despite being presented in two contradicting lights.

A “midwit” is often someone with an education who is lacking in common sense. They are often regarded as normies. Many midwit memes comment on the fact that some people are educated or socially conditioned into stupid and maladaptive thought patterns. 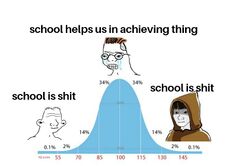 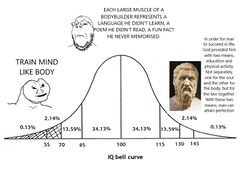 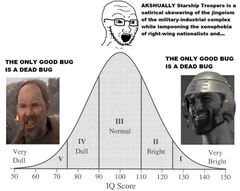