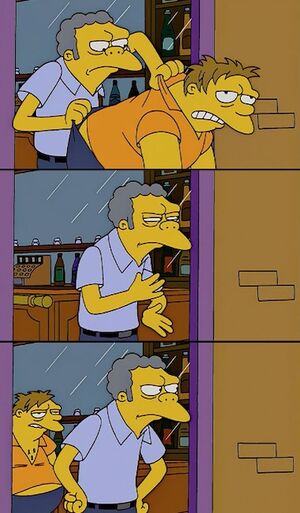 The GIF image was created from a scene in an episode of the well known animated series The Simpsons. It features Barney getting tossed out of Moe's and reappearing instantly behind Moe. It creatively captures the essence of problems we can't seem to get rid of.

This meme was inspired by The Simpsons episode that aired on March 12, 2006, in the United States. The episode is titled "The Seemingly Never-Ending Story". The scene being used shows Barney getting put out of Moe's Tavern by Moe himself and then appearing right behind Moe one second later.

One of the first meme's noticed online was posted on KnowYourMeme at the end of June of 2012 by Mr. Sparkle. This post generated over 4,000 views. It gained more momentum on sites like MemeCenter and eBaum. Variations using other animated series's continue to emerge on the meme scene on sites like Tumblr and Reddit.

The Moe Tossing Barney From Moe's meme takes a comical approach at realizing that some problems can't be gotten rid of that easily. Taking an abrupt and impulsive approach may seem like the best solution at the time until you realize the problem didn't go anywhere. 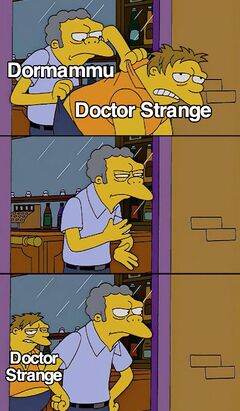 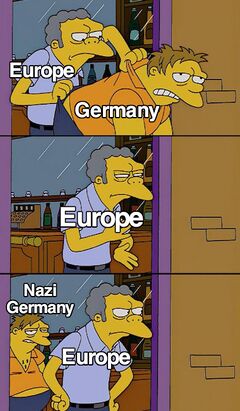 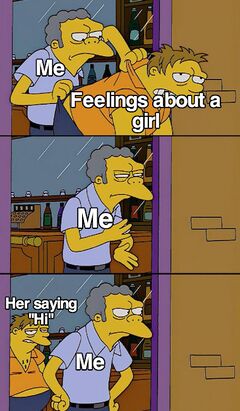 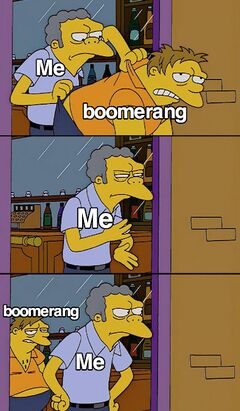