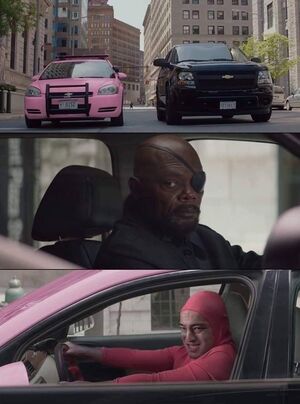 Some of the best memes are of the mashup kind, meaning that they are spliced from various sources to create unified templates; they can be as simple as putting together a couple of images, but the best ones make use of editing tools such as Photoshop.

For the most part, this meme is presented in three panels: the top one is an edited still from the 2014 film "Captain America: The Winter Soldier," the middle one shows Nick Fury throwing a menacing look at the car next to him, and the bottom panel shows Pink Guy grinning in a lascivious and foolish manner.

The earliest instance of this meme can be traced to April 2019, when it appeared on a Facebook group dedicated to posting and sharing memes based on the Strategic Homeland Intervention, Enforcement, and Logistics Division storyline of the Marvel Comics universe.

The popularity of this meme increased considerably when it appeared on Reddit in July.

"Nick Fury Looks at Pink Guy" is an object labeling meme that can be used to describe situations that are inherently awkward and funny when they are presented from a frank point of view.

As the director of S.H.I.E.L.D., Nick Fury is a serious, fearsome and no-nonsense character; in other words, the complete opposite of Pink Guy.

In one instance, this meme has been used to compare new players of the "Counter-Strike Global Offensive" video game, who tend to be serious, with veteran players who mostly wish to troll instead of completing missions. 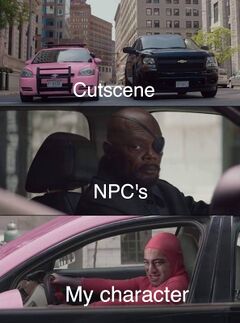 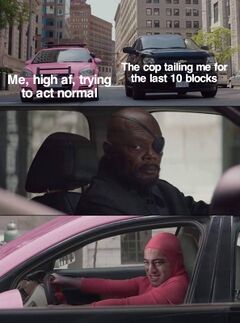 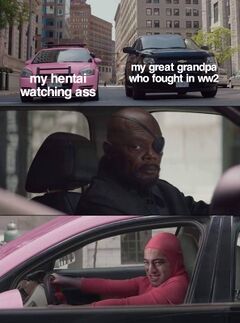 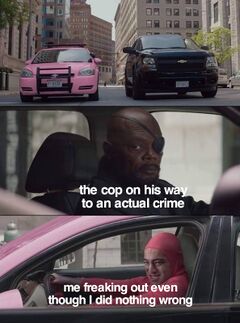