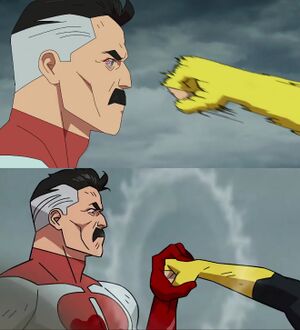 The "Invincible" Amazon Prime Video animated series is proving to be a rich source for new memes in 2021.

"Invincible" is an Image Comics title that was published between 2003 and 2018; it involves the adventures of a young superhero growing up in the shadow of his father, an extraterrestrial being who just happens to be the most powerful entity in the Solar System.

“Omni-Man Blocks a Punch” is an image macro culled from a season finale scene that became available to Amazon Prime subscribers in late April 2021.

The eighth and final episode of "Invincible's" Season One features a fight between Mark Grayson and Omni-Man, who effortlessly blocks an incoming punch and proceeds to crush his son's hand, all the while laughing at the futility of the attack.

The first two-panel image macro was posted on a Reddit meme board in mid-June, and it dealt with the idea of a self-loathing person being impervious to insults from others. On the same day, the image was posted to another Reddit forum where the Star Wars prequel films are discussed, and this is where it received tens of thousands of positive votes, thus spreading numerous other versions over the next few weeks.

This is a multipurpose meme that can be used to make fun of situations in which an action or concept can be easily shut down with little to no effort. 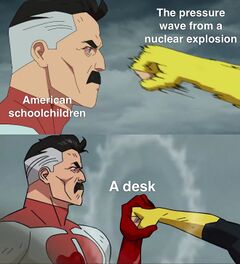 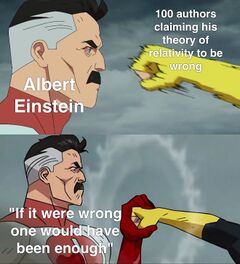 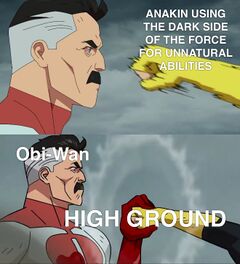 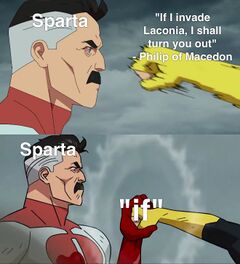