Look What They Need To Mimic A Fraction Of Our Power 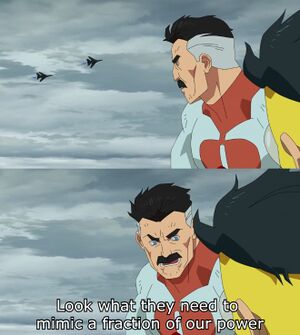 With various digital video streaming services releasing new animated series based on comic book imprints, fans of internet memetics now have multiple sources of inspiration. Such is the case with “Look What They Need To Mimic A Fraction Of Our Power,” a single-panel image macro derived from the Amazon Prime Video series "Invincible," which is based on the Image Comics superhero title of the same name.

The first season of "Invincible" made its streaming debut on March 2021, and it quickly earned solid reviews as well as a new audience of fans who think the American comics and animated series scene is borrowing the right elements from Japanese manga and anime.

Episode 8 of "Invincible" has already spawned two memes; this particular one seems to be more popular and flexible than the previous "Think, Mark." IN this scene, powerful superhero Omni-Man tries to enlist the help of his teenage son to conquer Earth for an esoteric reason, and he points to a couple of fighter jets in order to illustrate how helpless humans are.

On May 1, the first version of the image macro was posted to a Reddit discussion forum dedicated to a Japanese anime series. From that point on, the meme was modified to comment on video game playing behaviors among Reddit users. On Twitter, a racial politics variation was posted on May 26; as expected, it sparked lively discussion. The next day, the image went meta on Instagram when it was used to comment on cancelled Netflix series related to superhero stories.

This meme is ideal to comment on any situation whereby an individual, a group, or an entity tries to ascertain power in comically weak manners. 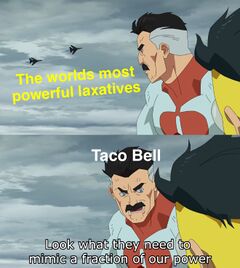 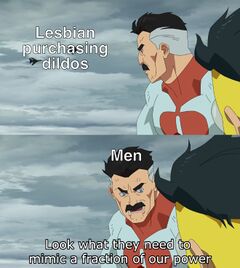 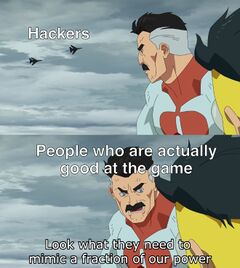 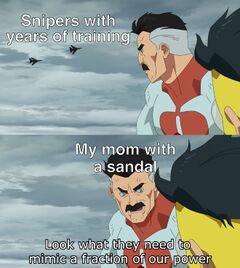