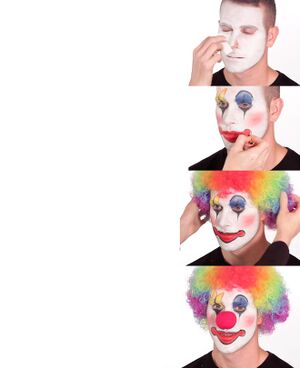 The meme is something of an internet related equivalent to clowning, as it involves a person dressing up in a clown costume and acting in a generally comical manner, mimicking the intentionally ridiculous methods or appearances of other people. However, most people including clowns themselves are not amused by this behavior.

The video was uploaded on YouTube and quickly went viral, taking a record number of views, making it the most viewed video on the site in five days. It has since been uploaded several times.

The meme is based on an instructional video produced by Alex Faction that shows how to put on a clown makeup. Before the process began, Alex Faction described "putting on makeup" a key and necessary part of clowning, saying that you have to put it on before you become a clown. However, the comedian's tutorial video was intended to be educational in nature and not a comedic performance 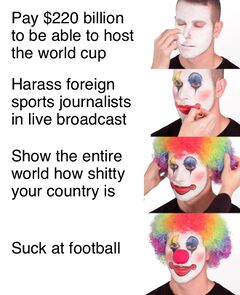 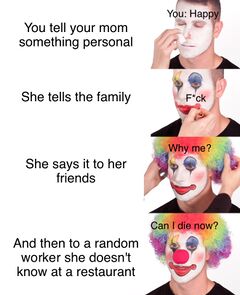 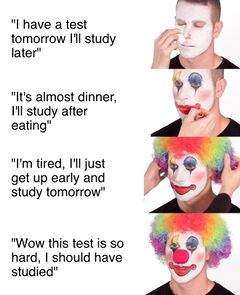