Queen Elizabeth On A Billboard 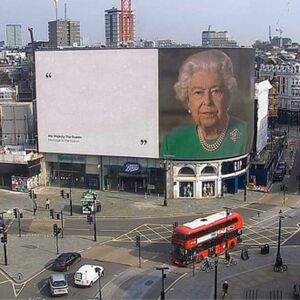 It was on April 8, 2020 that the BBC reported a message by Queen Elizabeth II was plastered over a billboard in Piccadilly Lights. Said image contained a message that people would eventually reunite with their friends and family in an effort to keep hope and positivity alive among the English people. The phrase was later reposted to Twitter by BBC London on that same day.

This particular meme usually involves changing the text into something argumentative or controversial. In short, this image can been used to make Queen Elizabeth II advocate for anything relatively silly or controversial. 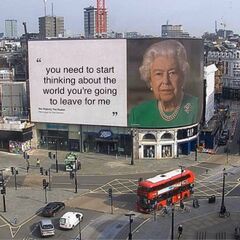 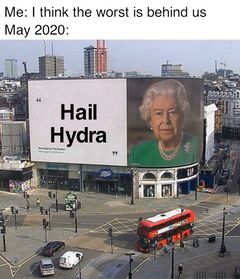 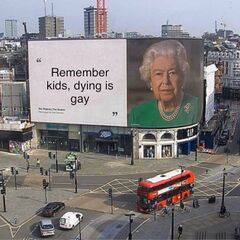 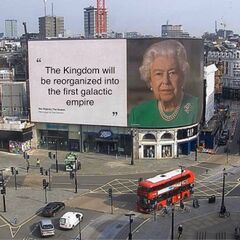