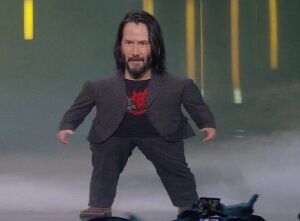 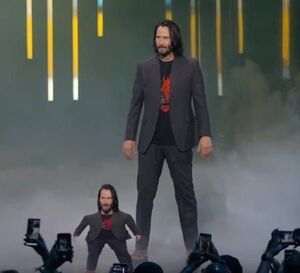 One of the more memorable presentations at E3 2019 was by Keanu Reeves, talking about the video game Cyberpunk 2077.

Almost everything about the presentation was memed: from Reeves’s enthusiasm to his proclamation to the crowd that “[they were] all breathtaking!”

One meme that emerged from the presentation features a picture of Reeves edited down to make him look extremely short. It is, appropriately, called the “Mini” or “Short Keanu Reeves” meme.

The Short Keanu Reeves meme originated on Twitter in 2019.

The first instance of the meme was an edit of a screenshot taken by user @KojiMads, which showed Reeves standing on stage with his legs slightly spread. Not long after that, the same user posted an edited version of the image that featured Reeves stretched down to an amusingly small size.

The image then spread to 4chan, Reddit, and elsewhere. It was also used by famous YouTubers Pyrocynical and PewDiePie as a thumbnail image for their videos.

In some cases, though, it has been used in a format with text. In most of these cases, the Reeves's shortness is meant to be indicative of a younger, more immature person: a 7 or 8-year-old.

There are also some versions of the meme that poke fun at either the E3 presentation or Cyberpunk 2077 in general. 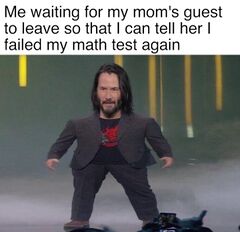 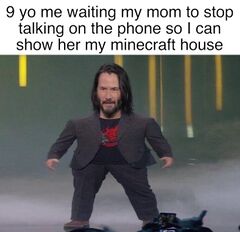 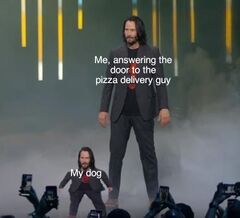 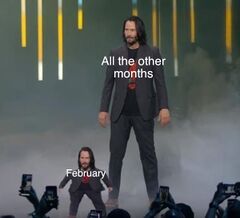