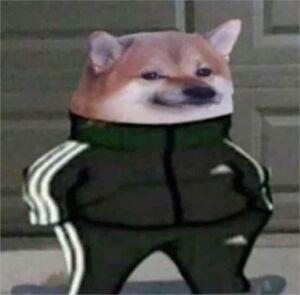 When future historians try to make sense of how internet memetics developed during the coronavirus pandemic of 2020, they will certainly have their work cut out for them. “Slav Cheebs” is an image macro that became very popular during the eighth month of the pandemic, but it is unclear how it originated or why it gained popularity.

In essence, Slav Cheebs is a "chop," which means that it was crudely made with image editing software such as Adobe Photoshop, but its backstory is confusing.

In late 2018, someone took a drawing of a male athletic tracksuit and superimposed the head of a red tabby cat.

The earliest appearance of the chop was November 2018 iFunny update, which the original poster labeled as a Minecraft Slav Cat. The feline reference is easy to infer; the ethnic label is related to young Slavic males whose idea of swagger and bravado is to wear tracksuits everywhere. What all this has to do with the Minecraft open sandbox game is anyone's guess, but the meme grew legs and started appearing on Imgur, Facebook, Snapchat, and Instagram over the next two years.

Fast-forward to a couple of weeks before Thanksgiving 2020, and you will find Slav Cheebs getting thousands of positive votes on Reddit.

You have to admit that Slav Cat looks ridiculously imposing. Should you feel inclined to make fun of young Slavic men wearing tracksuits, this meme will come in handy, but a better use of the image is to describe a situation in which you tried to look tough and failed. 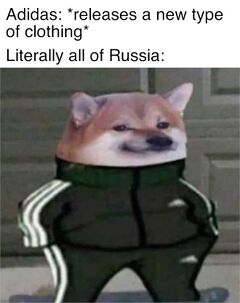 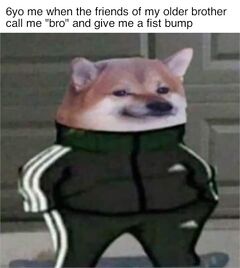 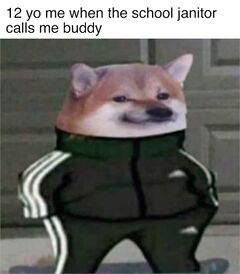 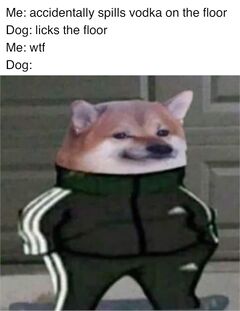