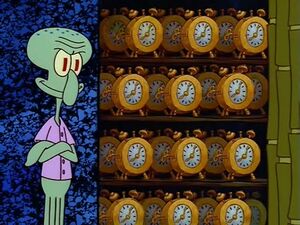 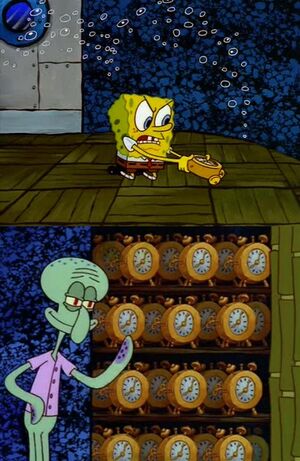 “Squidward's Clock Closet” is a meme from the popular Nickelodeon show, 'SpongeBob SquarePants.'

The season one episode of the cartoon titled "Employee of the Month" has time-conscious cartoon character Squidward showing optimistic neighbor SpongeBob his closet of alarm clocks in order to get to work on time.

The 1999 episode made viewers laugh when SpongeBob, a co-worker of Squidward at the undersea restaurant The Krusty Krab, snuck into his oceanic house to break his alarm clock. Squidward then returns to reveal his closet full of clocks.

The meme began in 2013 and saw a resurgence in 2019 with users from Reddit and Twitter putting their own spin on the timely message. The meme developed into a two panel format with variations targeting music, overused memes, and more.

Internet meme makers utilize this iconic scene to describe the stress of getting to work or social events on time.

The contrast between distracted SpongeBob and workaholic Squidward makes the meme even more funny for anyone who sets their alarm or presses snooze when they need to wake up for an important day.

Another variation could be the old "beating a dead horse" trope where memes, much like Squidward's alarm clocks, should be off the internet and instead there are more hidden away for users to groan at. 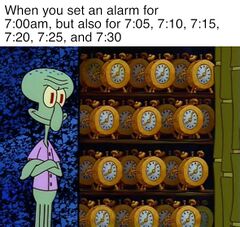 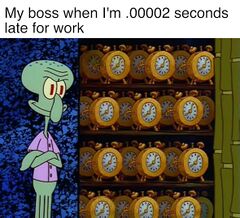 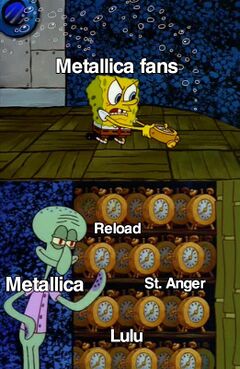 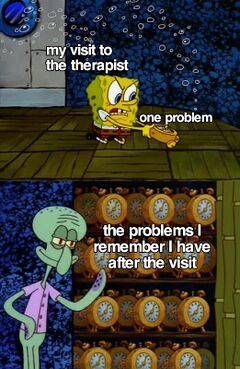