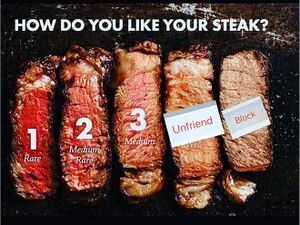 The “Steak Cooking Chart” is an infographic that shows the varying ways of cooking a steak, usually shown on a range from rare to well done. The labels and sometimes images of each style are changed by memers. It is sometimes called “Steak Temperature Chart” or “Degrees of Steak Doneness”. There is no standard image for this template, since many such charts exist and are easily edited. It is sometimes crossed over with cartoon character Hank Hill, who is known for his strong opinions on meat and how it should be handled.

The earliest known example of this meme comes from Redditor 3Gilligans. It was posted to r/funny in 2014. The meme saw some viral success, and it was shared on 9gag and later Pinterest in 2015. 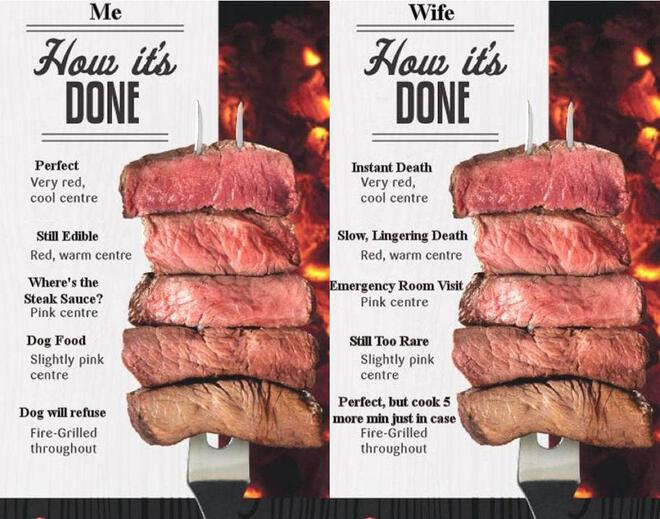 These early examples were mainly focused on the personal tastes of the authors. Some people like their steaks overcooked, some undercooked, and most somewhere in between. This is a topic that has been the cause of many Facebook and Reddit arguments over which is the best tasting or most nutritious preparation.

Over time, the meme took on more abstract usage. In 2018, it had been widely adopted by political memers, mainly those on the right. These memes saw a great deal of spread on Instagram and Twitter. 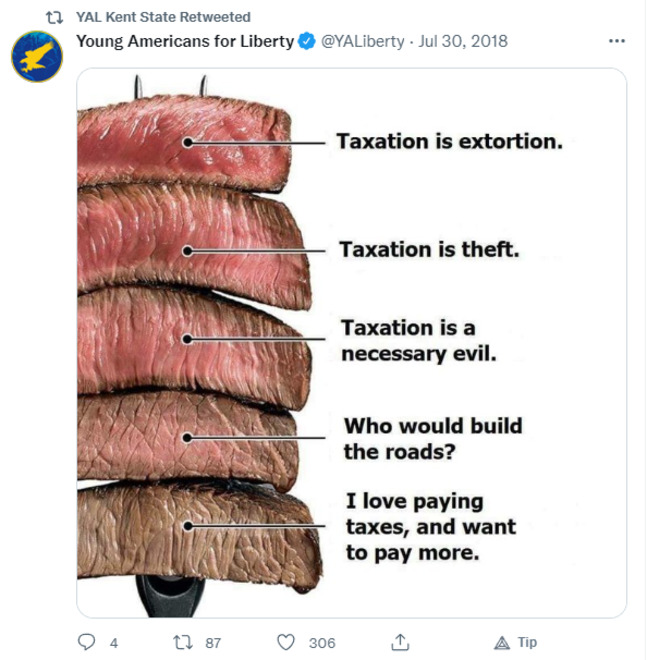 Gamers have also taken to making puns on the term ‘rare’ as a reference to video game items. If an undercooked steak is rare, then a live cow is legendary. This is a play on item rarity conventions in RPG games. Similarly, the term ‘well done’ is stepped up yet another level into a ‘congratulations’ steak. Throughout 2021, it was common to see memers expand upon the previous images which focus on these puns.

In 2022, the meme’s virality has begun to slow, but it remains popular. As of July 2022, the meme was still among Reddit’s top trending.

As mentioned, early iterations of this format were used to convey opinions about food. However, like many formats, its meaning is limited only by the creativity of its users. One recently popular trend is to use increasingly bad takes to correspond with increasing degrees of the steak, or one’s brain, being cooked (see also: clown putting on makeup). Wordplay is an important component of this meme and its continued success. 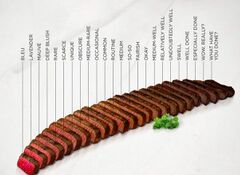 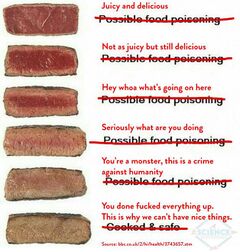 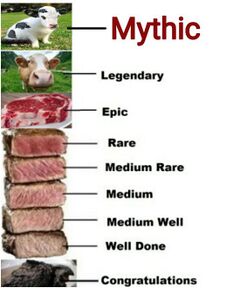